The H5N1 strain has been detected in sick and dead wild birds, CapeNature said on Tuesday — with the vulnerable great white pelican hit hard. 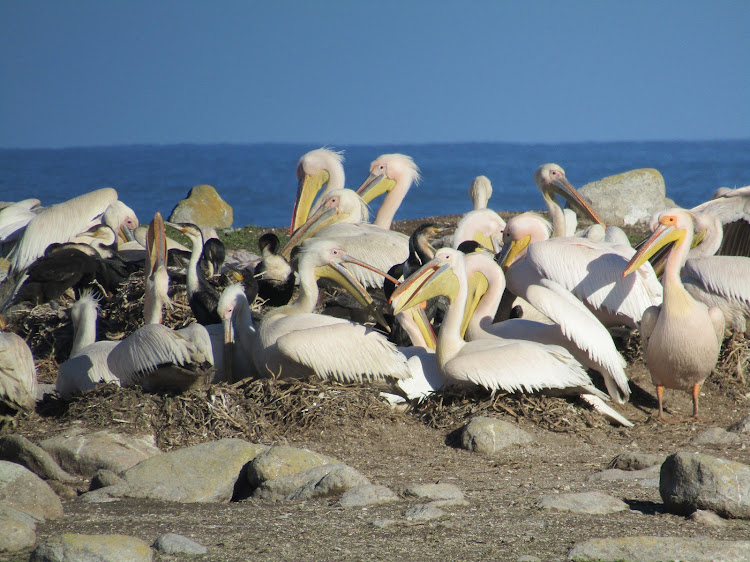 The avian influenza has been detected in SA birds including the Great white pelicans found in the Western Cape.
Image: CAPENATURE

A strain of avian influenza has been detected in SA birds, conservation organisations said on Tuesday.

CapeNature and the Southern African Foundation for the Conservation of Coastal Birds (Sanccob) said they were monitoring and taking action to respond to the H5N1 strain of “highly pathogenic” avian flu affecting birds in SA.

“The H5N1 strain has been detected in sick and dead wild birds, but to date the affects have not been as severe as those of the 2017/18 H5N8 strain when a large number of wild birds succumbed to the virus,” CapeNature said.

The organisation said there was concern on the affect the virus might have on the great white pelican population in the Western Cape.

“There are only about 370 breeding pairs in the province, and already 40 out of a group of 100 birds have succumbed to the virus. Great white pelicans, listed as vulnerable in the Western Cape, are colonial breeders, now breeding only on Dassen Island,” said CapeNature.

Affected birds, according to CapeNature, will appear to be weak and may display neurological signs such as tremors, seizures, loss of balance or head twitches.

CapeNature said while the strain of avian influenza posed a low risk to humans, people could transport the virus on their hands and clothes, and “therefore should be cautious when handling sick and dead birds”.

CapeNature said it would continue to work closely with state veterinary services and other conservation partners to monitor and combat the spread of the virus.

“I hope that with continued collaboration, open communication and swift responses, we can continue to tackle this disease effectively. We will endeavour to keep everyone informed of any changes as we become aware of them”, said CEO Dr Razeena Omar.

A 41-year-old man in China's eastern province of Jiangsu has been confirmed as the first human case of infection with the H10N3 strain of bird flu, ...
News
7 months ago

Avian flu has been detected at a broiler breeder farm in the Worcester area, sparking a call for Western Cape farmers and producers to be vigilant.
News
8 months ago