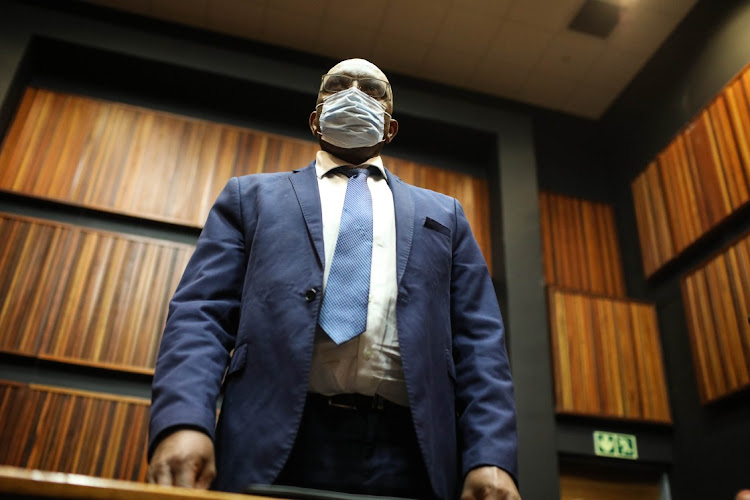 Former ANC MP Vincent Smith when he appeared for his bail application on October 1 last year. His case was separated from that of his co-accused Angelo Agrizzi on Thursday. File photo.
Image: Alaister Russell/The Sunday Times

The corruption trials of former MP Vincent Smith and former Bosasa COO Angelo Agrizzi were separated when the case came before the Johannesburg specialised commercial crimes court on Thursday morning.

The National Prosecuting Authority's Investigating Directorate (ID) made the application to separate the trials after the continued absence of Agrizzi because of ill health.

Agrizzi’ s lawyer had submitted a medical report that Agrizzi is unfit momentarily to stand trial.

The court granted the application by the ID and it was postponed until September 28.

The ID also notified the court that additional charges will be added against Smith in the same matter.

Smith and Agrizzi have been charged with corruption, while Smith faces additional charges of fraud.

The ID said the charges stem from Bosasa, through Agrizzi, offering Smith gratifications in the form of security upgrades to his Gauteng home and Smith’s acceptance of cash transferred into his personal bank account via the bank account of his company, Euroblitz.

The ID said there were also alleged payments in exchange for the use of his political influence as an MP for the ANC to shield Bosasa from accountability for corrupting officials in the department of correctional services who awarded Bosasa contracts worth billions of rand.

Smith’s fraud charge emanates from his failure to disclose to the registrar of parliamentary members’ interests the gratifications that he received from Bosasa.

In 2009, Gavin got wind from one of his contacts in government that the SIU report was resurfacing and, on the spur of the moment, he insisted that ...
Opinion & Analysis
1 year ago

Thabang Makwetla says it was released after parliament had been dissolved, meaning the matter would have lapsed
Politics
1 year ago