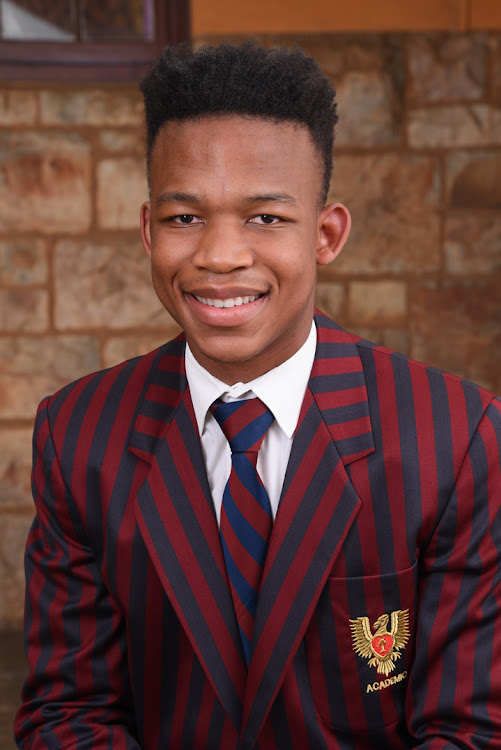 Pouring his heart and personal experiences into three essays paid off for 18-year-old Sazi Bongwe from St John’s College in Gauteng, who scooped second place nationally in this year's English Olympiad.

The matric pupil, who is the head boy, was one of four from the school who claimed positions in the top 10 and six overall in the top 50.

“I am thrilled, I am actually very proud because for me it’s a huge validation. You write three essays and one is academic but the two others are mainly your personal response, so to get that recognition on a national level for things that I wrote, vulnerably and personally, is a huge validation for me,” he said.

He said he had to write creative pieces based on the perspective of a character on a flight home and the second one about an African woman who felt displaced.

“At some level, I identified with being in that certain space. When I was writing about her, finding a belonging and further exploring my South Africanness, I think I was quite true to me,” he said.

Faye Crawford from Epworth High School in Pietermaritzburg, KwaZulu-Natal, was first in the English Olympiad which was written by almost 6,000 pupils across SA.

Bongwe said it was not his first time entering.

“Last year I entered for the first time and I came 60th nationally, which was a huge surprise, I didn’t expect that at all but now my second time around, I think because I had experience, I was able to refine things and obviously get to the ranking that I was able to get to,” he said.

His passion lies in trying to create a positive change wherever he can.

“I hope to do a lot of exploring in my tertiary level,” he said.

When not working on his academics, Bongwe said he edits Ukuzibuza.com, a youth publication he founded alongside three fellow St John's students and friends.

He said the website aims to create a platform for youth expression through written pieces and a host of other media and is looking to feature young writers and artists.

Fiona Kampmann, head of English at St John’s College, said the Olympiad allows pupils the unique opportunity to engage with texts independently and find their unique voices to communicate their ideas and opinions.

“While many schools hold regular tutorials for their Olympiad candidates, this is not the approach at St John’s. The English department believes that participating in the Olympiad is an extension for the students and teachers to ensure that their writing reflects their individual voices,” said Kampmann.

Stuart West, St John's executive headmaster, said: “Congratulations must also go to our teachers. To have secured four of the top 10 places and six of the top 50 are truly remarkable achievements and testimony to the confidence, rigour and skills they have acquired in their English classes. It is their collective, exacting demands and inspirational approach which allows our students to soar,” said West.

Kampmann said while St John’s has achieved consistently good results over the years, to have four pupils in the top 10 and six in the top 50 is simply unparalleled.

In under-19s, confirmed cases were five times lower and hospitalisations 13 times lower than in the rest of the populace
News
4 months ago

"Quite a number of myths have been going around about the vaccines, which we need to correct," basic education minister Angie Motshekga said on ...
News
4 months ago

In a bid to ramp up the rollout, the government is again considering expanding access to another age group, acting minister in the presidency ...
Politics
4 months ago