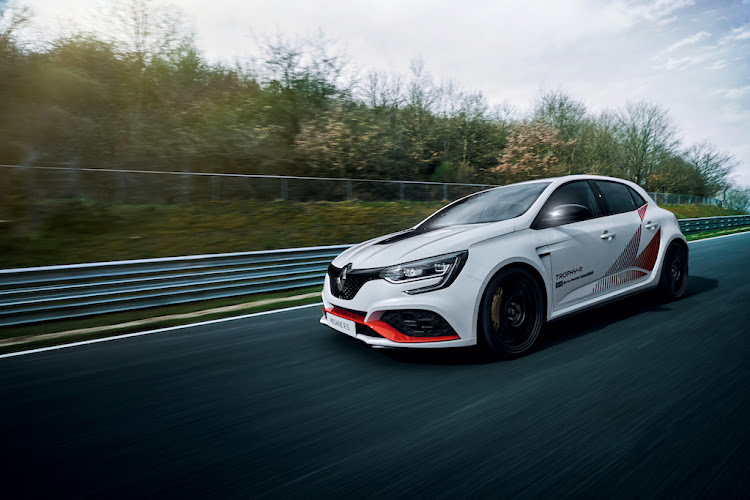 According to reports Renault is planning on limiting the maximum speed of all its vehicles to 180km/h.
Image: Supplied

Motorists in cities around the world could soon be required to drive at speed limits as low as 30km/h if recommendations by a road safety academic experts group (AEG) are adopted.

This was among the recommendations tabled at the 39th Southern African Transport Conference, which took place from Monday to Wednesday under the theme “Sustainable Transportation Through Enabling Partnerships”.

Nine recommendations were made, including that “to protect vulnerable road users and achieve sustainability goals addressing liveable cities, health and security, we recommend that cities mandate a maximum road travel speed limit of 30km/h unless strong evidence exists that higher speeds are safe”.

The recommendations, the AEG said, influenced a resolution on road safety adopted by the UN last year, which proclaimed the second decade of road safety action from 2021  to 2030 and set a target of reducing road deaths and injuries by 50% by 2030.

“As one of the co-sponsors of the resolution, SA is expected to take the recommendations seriously and look into applying them over the coming decade,” said Prof Fred Wegman, presenting the AEG's recommendations.

At the conference, Wegman presented research from Australia illustrating the relationship between impact speed and the chance of being killed or injured in a crash.

“Basically, reducing impact speed in a crash significantly reduces passengers’ chances of being killed or injured,” he said.

According to Wegman,  the key to improving road safety is integrating it into sustainable development planning, and not subordinating it to other social needs.

“By including road safety in the UN Agenda for Sustainable Development 2030, we recognise that road deaths and serious injuries are among the most serious threats to our people,” Wegman said.

He said urban speed limits needed to be seen as an important part of achieving sustainability in urban areas.

The 30km/h recommendation, according to AEG, has already been widely adopted in countries such as the Netherlands, France and Spain.

“It has been highly successful in the Netherlands,” said Wegman.

“Already 80% of the road length has 30km/h speed limits, and that has helped to drive a serious shift in thinking about what speed limits are safe in urban settings.

Wegman said measures like the 30km/h limits and other recommendations around roadworthiness, infrastructure and technology could be part of the evolution of road safety to achieve the stated UN goals of a 50% reduction in fatalities and injuries.

He said there was a need for further engagement with the public and the private sector, and civil society to spread and refine the road-safety message.

“We need other non-traditional stakeholders to get involved, so we can develop new approaches to keeping people safe on the roads,” he said.

Weighing in on the recommendation on the 30km/h speed limit, the Automobile Association’s Layton Beard said while there was merit in reducing the maximum speed limit, “right” limits needed to be set based on the risk of a particular road reduction.

“We are not saying let’s have a blanket reduction. What’s critical for us is that there needs to be proper law enforcement that goes hand in hand with extensive and intensive campaigns to create awareness that speed kills,” Beard said.

He said it was also important for motorists to drive according to road conditions.

“If it’s raining or there are potholes, you need to drive to the conditions of the road.”

A 52-year-old man is among 11 drivers nabbed by the Gauteng traffic police for excessive speed at the weekend.
News
1 year ago

According to an article published on German news website Spiegel, Renault is planning on capping the speed limits of all its future vehicles to ...
Motoring
1 year ago

Things we should all be mindful of when operating a motor vehicle.
Motoring
1 year ago