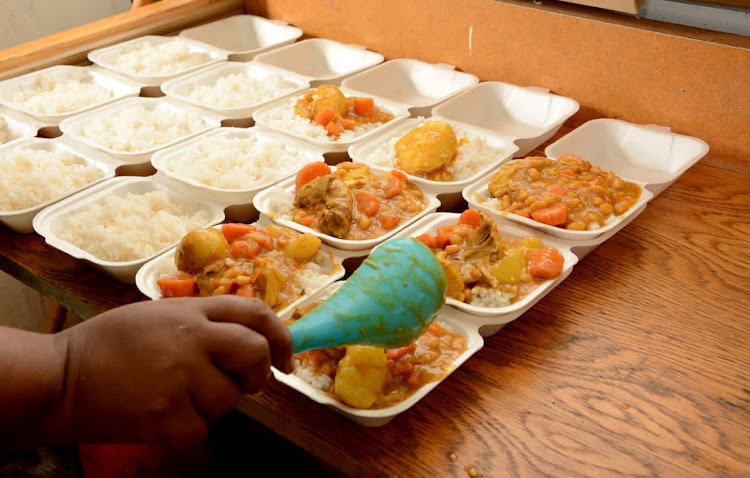 Hunger continues to stalk SA, with 10 million people — including three million children — going hungry at some point in April and May. File photo.
Image: Karl Hildebrandt

More than a million extra vaccine doses could have been administered between May and June if vaccination sites had been open at weekends.

This is one of the shock findings in the latest National Income Dynamics Study — Coronavirus Rapid Mobile Survey (Nids-Cram) report, a joint, wide-ranging survey that analyses the vaccine rollout, child hunger and education dropout rates, employment, mental health and the ongoing plight of shack dwellers.

While vaccine supply had initially been one of the major bottlenecks at the beginning of the rollout, this was no longer the case, said Nicholas Spaull, associate professor in the economics department at Stellenbosch University and the survey's co-principal investigator.

“At the end of June SA had 7.4 million doses of vaccines but had only administered three million doses,” he said.

“Reviewing national department of health data on the number of vaccines administered per day shows that there are virtually no vaccinations on weekends.”

Where is the food a court ordered you to provide to pupils, Angie?

Spaull estimated that a further 1.3 million jabs could have been administered between May 17 and July 5, based on the average vaccination rates of the Friday prior and the Monday after if sites had been open on weekends and June 16.

On the upside, however, vaccine acceptance had risen from 71% in February to 76% in May and many previously hesitant individuals were now accepting vaccines.

“Half of those who were previously vaccine hesitant have now changed their minds and agree to be vaccinated,” Spaull said.

Other shocking findings from the survey, which is based on 16 research papers, were that between April and May 2021 about 10 million people — three million of them children — were in a household affected by hunger, that 500,000 children had dropped out of school during the pandemic and that as of June, the average school pupil would have lost a full year of education compared to the 2019 cohort.

The survey found that child hunger remained extremely high with 14% of households reporting that  a child had gone hungry in the past seven days in the April/May survey period.

“It was found that women were much more likely to shield children in their household from hunger than male respondents,” the researchers said.

Some 750,000 children had dropped out of school by May, up from 230,000 before the pandemic, largely due to rotational school timetables.

Dropout rates were now at their highest levels in 20 years, the survey said.

However, there had been an encouraging recovery to almost pre-pandemic levels in the number of children attending early childhood development (ECD) programmes, according to data gathered in the final wave of the study.

Of respondents living with children aged 0-6 at the time of the final wave interview, 36% reported that at least one child aged 0-6 had attended an ECD programme in the previous week, slightly down from the 39% level recorded in February 2020.

EMPLOYMENT RECOVERING BUT NOT FOR EVERYBODY

The survey found that employment levels in March 2021 were similar to levels in February 2020. Women's employment figures were 8% lower, however.

“Among the employed, hours worked per week for women were down 6% on average in March 2021 (or two hours per week) compared to February 2020, while for men this had returned to pre-Covid levels,” the researchers said.

Women had also not benefited from either the Unemployment Insurance Fund (UIF) temporary employer/employee relief scheme (Ters) or the Covid-19 social relief of distress (SRD) grants at the same rates as men, despite being worse affected by unemployment.

The survey found that women make up only 35%-39% of the beneficiaries of the two grants.

SHACK RESIDENTS SUFFER MOST OF ALL

People living in shacks had suffered most of all urban South Africans during the survey period. “They have the highest rates of hunger and one of the slowest rates of employment recovery,” said Spaull.

Just one in three shack residents said someone in their household received the R350 SRD grant in April/May 2021.

The grants expired at the end of April which would lead to greater economic hardship in these households.

The survey found that some 28% of South Africans were depressed in April/May this year, which was unchanged from December levels.

“This indicates that it is not the same individuals who are experiencing depression across all time points, but, rather, different individuals, moving in and out of the depressed mood category.”

However, National Teachers’ Union has asked for the vax programme to be extended by a week or two ‘to mop up’
News
1 year ago

Only 499 out of 420,000 Covid-19 vaccines have been wasted or spoiled in Gauteng as at the end of June, says health MEC Nomathemba Mokgethi.
News
1 year ago

The Covid conundrum: should we be forced to get vaccinated?

There is a moral and legal case for mandating inoculation, but social psychology suggests that may not always be wise
Opinion & Analysis
1 year ago