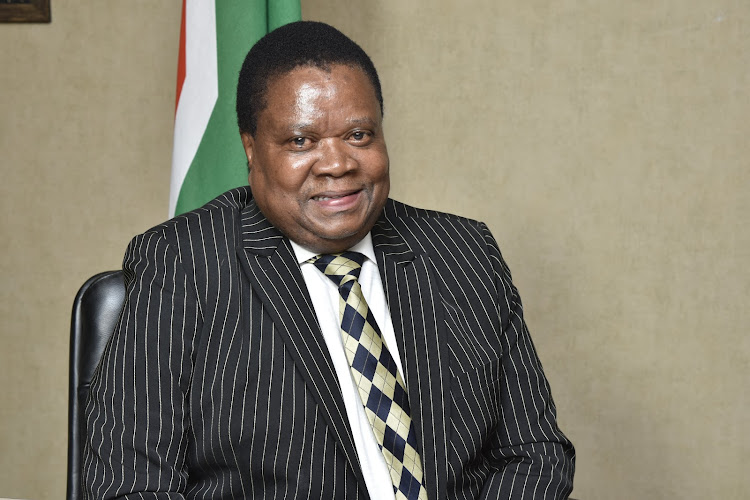 Defence minister Nosiviwe Mapisa-Nqakula has paid tribute to Dr Sam Makhudu Gulube, who has died at the age of 67.
Image: SANDF

Defence minister Nosiviwe Mapisa-Nqakula has paid tribute to Dr Sam Makhudu Gulube, who has died at the age of 67.

He had recently retired as secretary for defence and head of the department of defence, having served eight years as an incumbent.

“Dr Gulube, an unassuming, quiet, humble and highly intelligent person, will be missed for his contributions. South Africa has lost a great son and he will be deeply missed by all,” she said.

He was also a former chairperson of the Medical Advisory Board of the Presidency of South Africa, the national medical director of the South Africa National Blood Service and as CEO of the Universal Service Agency. He has also held various leadership positions with the Medical Research Council, the National department of health, as a surgeon in the military, and at the University of South-Florida College of Medicine.

Condolences to the family of Dr Gulube our former SecDef. You will be remembered by some of us doing your magic Zulu translations in political discussions in the Camps in Nova Katenga Angola! A true Commissar pic.twitter.com/eRgKJovRya

Gulube was previously adviser to state security minister Siyabonga Cwele and was the chairperson of the medical panel of the presidency.

“Dr Gulube will also be remembered for the leading role he played at the height of the Covid-19 pandemic in 2020 when he steered the National Joint Operation and Intelligence Committee (Natjoints), which was an advisory and co-ordinating body to the National Coronavirus‘ Command Council. Using his medical experience, Dr Gulube directed the Natjoints during the most critical stages of the fight against the coronavirus to advise cabinet on all coronavirus-related matters.”

Gulube, a trained medical doctor, was smuggled out of SA in 1976 through Swaziland to Angola at the age of 22, after a warrant for his arrest was issued for his involvement in the 1976 student uprising at the then University of Natal. He was among a group of student activists that left the country to join the ANC's military wing Umkhonto we Sizwe. He received military training and specialised in heavy artillery. He went on to partake in planning that saw the opening of a number of military camps for MK trainees.

In 1980, the ANC deployed him to the UN as the administrative secretary of the ANC mission to the international body. He obtained a scholarship from the World Health Organisation to further his medical studies in the US. Gulube went on to complete his medical studies after 12 years, specialising in general surgery. On his return to SA, he was integrated into the SANDF as a doctor based at 1 Military Hospital.

‘Let’s be loyal to the constitution’, says outgoing SANDF chief

In his final salute to his troops, outgoing chief of the SANDF Gen Solly Shoke has called on citizens to put the country first.
News
7 months ago

Tangled in a confusing web of contracts, disputes and mismanagement, SANDF hospitals fall ever more into disrepair
News
6 months ago