WATCH | Inside KZN’s capital Pietermaritzburg as it burns 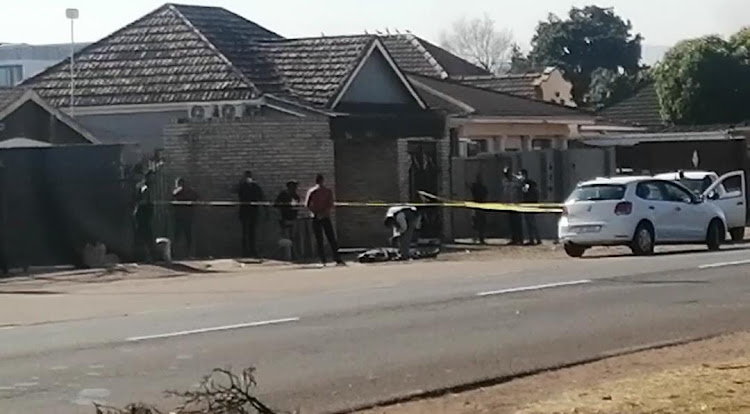 Police cordon off the scene near Henry Street in Pietermaritzburg where the body of a man lies on Monday following protests and looting.
Image: Orrin Singh

KwaZulu-Natal’s capital of Pietermaritzburg turned into a war zone as violent protests and looting in the name of a campaign to release former president Jacob Zuma from prison intensified on Monday throughout the province.

The N3 highway leading to Pietermaritzburg was eerily quiet in contrast to the lawless masses running around the city.

A dead body, looters running through the streets without fear of recourse and hardly any police visibility was witnessed by a TimesLIVE team when patrolling through the area.

Reports that the military had been deployed to the area may have been misconstrued as four soldiers cast lonely figures surrounding the Pietermaritzburg high court.

WATCH| KZN's capital of PMB has turned into a war-zone, overrun by looters and protesters. Earlier the Brookside Mall had been set alight. @Mluleki_TZ5 and I ventured into the area and captured these scenes. The situation in the town remains hostile. #KZNShutdown @TimesLIVE pic.twitter.com/pA4A1ZFSz4

Earlier on Monday, plumes of smoke billowed from the Brookside Mall. Later in the day, the mall was a no-go-zone as it has been completely taken over by protesters and looters.

Broken glass, concrete bins and steel trolleys were sprawled across roads leading to the gates at all the entrances to the mall.

The N3 between Harrismith and Cedara remains closed in the interests of safety and security.

According to the N3 toll concession, it remains unclear when the route will be reopened to traffic.

“Road users are advised to continue to avoid the area until further notice.”

President Cyril Ramaphosa will address the nation at 8pm on Monday following violent scenes in provinces across the country, acting minister in the ...
Politics
10 months ago

Protesters continued to loot shopping centres in KZN on Monday morning. Some were seen walking off with appliances including TVs and washing ...
News
10 months ago

POLL | Do you agree with cabinet’s decision to call in the army?

The SANDF have been deployed to restore law and order after days of protests and looting.
News
10 months ago