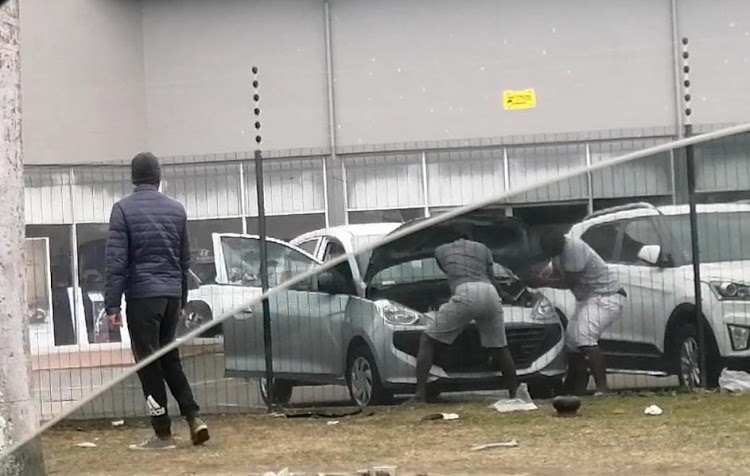 These are some of the high-end valuables that looters in Springfield Park, Durban, carried away from dozens of stores including Makro, car dealers and electronic shops on Tuesday, without any police or army vehicle in sight to stop them.

TimesLIVE witnessed looters ripping off solar panels in the parkade of Marko — in about an hour every single solar panel had been removed. 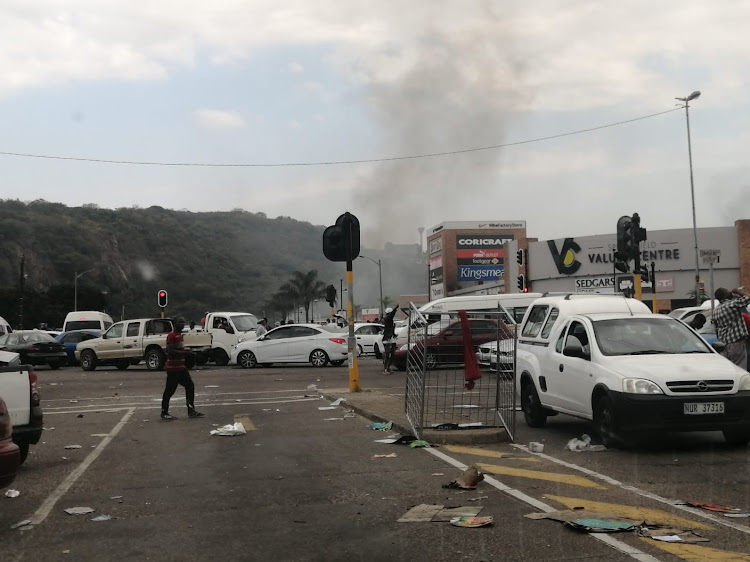 Chaotic scenes as people arrive in cars to loot the Makro in Springfield
Image: Orrin Singh

Inside Makro, looters had begun organising themselves, creating some sort of order amid the chaos.

A number of individuals had placed themselves in charge at the head of this criminal operation — stopping looters from entering the store and asking them what they wanted.

They would then get the desired products and hand over the looted goods to those requesting them.

Many people offloaded their loot into their vehicles, some driving top-end cars parked on the main road.

The #Hyundai delareship in Springfield Park has not been spared from looters. People broke the windows & began stealing batteries, soundsytems and tyres from brand new vehicles in the dealership. Not a single law enforcement official in sight. #ShutdownSA @TimesLIVE pic.twitter.com/ZJLiZ0kJb5

Looters also set up a mini market on an adjacent field to Makro, selling their stolen goods to anyone willing to purchase the wares, which were openly displayed, including alcohol.

One of those carrying some goods from the shop, Mbuso Khambule, 26, said the protest went far beyond Zuma's release

“We walked from Mayville informal settlement around 7am after we heard from other settlements around this area that they had been looting here all night. At some point it was about Zuma, but it has gone beyond that now. Some of us don't even know what's going on with his case,” he said.

Khambule said earlier they had aimed for alcohol but now they were concentrating on getting as much food and non-perishable items as they could.

SA has deployed soldiers to help police quell the violence and looting that erupted over the weekend.
News
1 year ago

Many have accused the president of not taking decisive action to quell the unrest.
Politics
1 year ago

Protesters have blockaded roads and some were seen walking off with appliances and shopping trolleys filled to the brim.
News
1 year ago