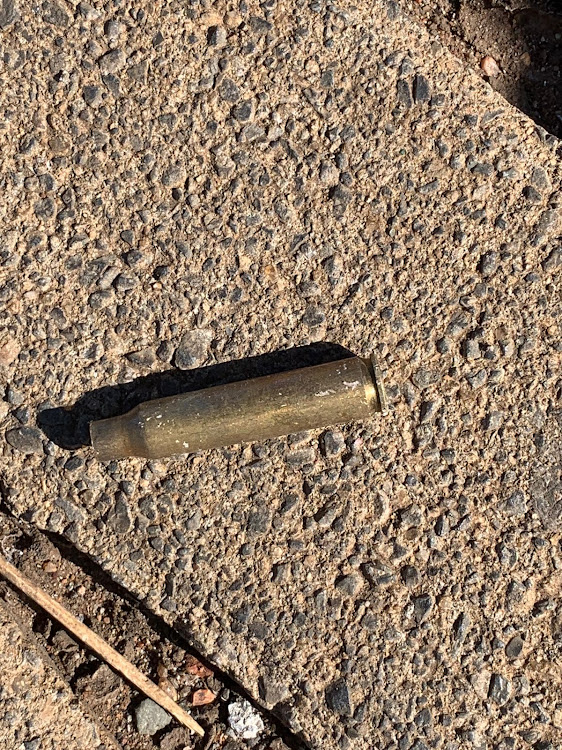 Some of the ammunition being fired at Vosloorus Mall.
Image: Alon Skuy

Taxi drivers guarding Vosloorus Mall on the Gauteng East Rand opened fire on looters with what is believed to be live ammunition on Wednesday morning.

In an exchange of gunfire which lasted five minutes, taxi drivers from the Katlehong People's Taxi Association opened fire on hundreds of looters who were gathering outside the mall.

The mall was ransacked overnight with looters pillaging a butchery, a Boxer furniture shop and grocery stores.

A taxi association member, wielding a club, said it was anarchy. “These thugs will not destroy our mall. Five hundred of our members have deployed throughout Katlehong and Vosloorus to defend the malls.”

“We are ready. We are not going anywhere,” said the driver as Ekurhuleni metro police tried to defuse the situation and repel looters.

Thousands of residents from all walks of life are braving looters to defend their food supplies, businesses and malls
News
1 year ago

There were chaotic scenes at the Springfield Value Centre in Durban on Monday as scores of people from surrounding communities stormed the shopping ...
News
1 year ago