Meet the volunteer behind the post-looting cleanup movement 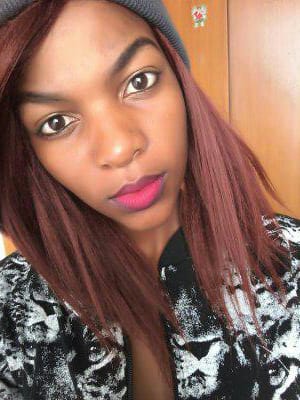 Emelda Masango has drawn a wave of support from people wanting to join her volunteer cleanup operations.
Image: Supplied

As traumatised South Africans hunker down during the third wave of Covid-19 infections while looting and destruction continue in hotspots around the country, one person who has chosen not to be overwhelmed is Emelda Masango.

Masango, 25, lives in Johannesburg’s Crown Mines suburb and works in retail as a receptionist. Her company decided to shut down on the weekend in the hopes of not being looted during the violent attacks that had spread to Gauteng. All staff were told to stay home.

“I was feeling so sad about all the things going on around me, and I wanted to do something to help and make things better,” she told TimesLIVE.

At 8.15am on Monday morning, amid a sea of posts about ongoing mayhem and fears, Masango went onto the “I Know A Guy” page on Facebook. She made a simple statement that has sparked a wave of support and led to a movement that is fast gaining traction and will be mobilised in a few days.

“Anyone who needs help to clean up after the looting in their business, I volunteer,” she wrote.

Within 24-hours her post was shared nearly 1,000 times and has drawn support and requests from others wanting to join her volunteer efforts.

“I am so surprised. It has been wonderful,” she said.

'We are saying no to the barbaric behaviour of looting,' Diepsloot Residents' Association secretary Akim Zulu said.
News
6 months ago

Comments made in response to her post are overwhelmingly positive, for example:

Masango has joined forces with four other volunteers and they are co-ordinating groups in different areas.

“I basically worked through the night. We are a group of five and we are organising and managing things so we are ready to go out and start cleaning up next week,” she said early on Wednesday morning.

Her efforts have led to the “RebuildSA — Volunteers Group” on Facebook, which has 18,300 members and the #RebuildSA group on WhatsApp, which is full.

'It's not about Zuma ... They're having a party': Joburg resident shares tale of living above deadly riots

'This time is bad. We aren't safe to walk around the streets. Looters are even looting from each other,' a resident of Berea, Johannesburg, said.
News
6 months ago

Thousands of residents from all walks of life are braving looters to defend their food supplies, businesses and malls
News
6 months ago

A line of snaking trucks and impatient sedans around Peacevale on the N3, where police stood guard as clean-up teams poured sand over the fiery ...
News
6 months ago