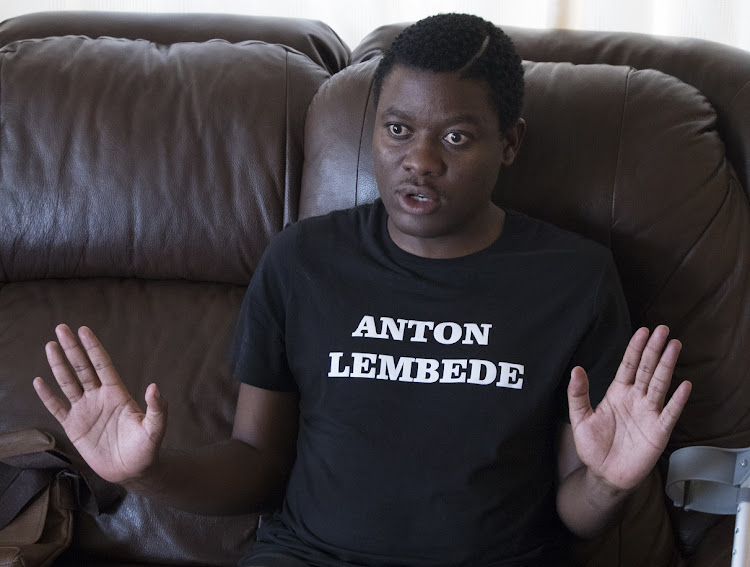 The deployment of the army to areas impacted by violent protests is not the solution SA needs.

This is according to Fees Must Fall activist Bonginkosi Khanyile, who also said President Cyril Ramaphosa must go on the ground and engage with the masses, listen to their grievances and commit to solutions.

“Not even an army of men can stop an idea whose time has come. When the people have taken the decision, you can deploy the entire army around the entire country but if we as South Africans have taken a particular stance, you cannot kill us all.

“The issue here demands a political intervention, a dialogue. The president must speak to his people and intervene,” Khanyile told TimesLIVE on Wednesday.

The unrest in parts of KwaZulu-Natal and Gauteng has its roots in the recent incarceration of former president Jacob Zuma.

Supporters from his home province of KwaZulu-Natal took to the streets last week to demand his release from the Estcourt prison where he is serving a 15-month sentence for contempt of a Constitutional Court order. The situation has since escalated to looting and burning of businesses in the two provinces.

Mr President @CyrilRamaphosa like we told, we repeat one more the army is not the solution. You have Marikana massacre hanging over your head. Withdraw the army and talk to the people, please. A dialogue is the only solution #NoToSoldiers #Newzroom405 pic.twitter.com/bHamvNZKqR

Khanyile said SA has always been a “ticking time bomb” as millions are feeling the brunt of unemployment and living in poverty. The arrest of the former president, he said, gave the masses a platform to demonstrate their frustrations.

“People in SA are hungry, they don’t have jobs. Even the middle class drive cars to loot. That shows how much people are suffering. We are a ticking time bomb because unemployment is increasing and the number of unemployed graduates is on the rise. The Zuma moment triggered a country that was ready to explode,” said Khanyile.

Khanyile is a staunch Zuma supporter and admits to being at the forefront of the campaign to free him from prison. He said his release would quell the tension.

“This fight for Zuma must gain momentum. The ConCourt must see it cannot dictate to their people. If Zuma were to be released today, there would be peace and calm in this country,” said Khanyile.

Less than 24 hours after turning to social media to ask for donations to pay for his studies, #FeesMustFall activist Bonginkosi Khanyile told ...
News
1 year ago

Former president Jacob Zuma was a no-show on Wednesday for what was apparently meant to have been a planned meeting with #FeesMustFall activist ...
Politics
1 year ago

‘My parents didn’t want me to join, but they were struggling to pay my fees’

Some students have lost years of their lives since taking part in Fees Must Fall protests, but they’d do it again
News
1 year ago