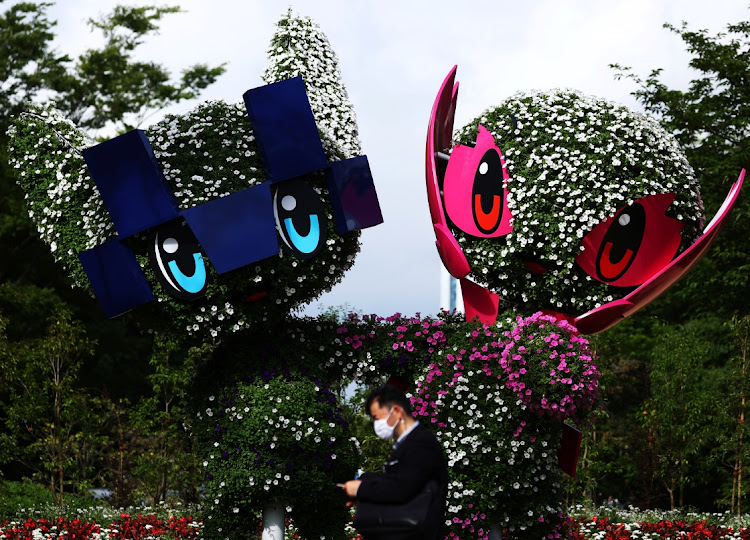 A further 413 Covid-19 related deaths were reported over the past 24-hour cycle, bringing the total fatalities to 66,385 to date.

The country’s vaccination programme is continuing despite the violence in parts of Gauteng and KwaZulu-Natal, Business for SA (B4SA) said on Friday.

After days of protests and sporadic looting, the national government halted vaccinations in areas where sites were affected by the unrest.

B4SA chairperson Martin Kingston said while the unrest had affected vaccinations in Gauteng and KZN, it was encouraging to see that Gauteng was recording the highest vaccination rates in the country.

China will make up to 10 million doses of its Sinovac Covid-19 vaccine available to SA.

Sinovac’s partner in SA, Centurion-based company Numolux Group, said on Friday the offer was thanks to good relations between SA and China built through Brics and the Forum on China-Africa co-operation.

However, it comes amid growing worldwide scepticism about Sinovac’s efficacy against the Delta variant of the coronavirus and responsible for nearly all new infections in SA.

Gauteng has showed a decline in Covid-19 cases and might be slowly getting over the peak of the third wave, Prof Salim Abdool Karim said on Friday.

Abdool Karim, former chair of the ministerial advisory committee on Covid-19, said the third wave was more than twice the peak of the first and second waves in the country.

“Gauteng has really been through a rough patch, but now that they are on the decline, the number of cases will start rapidly going down,” he said.

According to statistics, Gauteng has showed a 21% decrease in the past week.

It did not take the over-35s long to line up and get their jabs on Thursday, just moments after registration opened.

And many were soon sharing their experiences on social media, calling for others to do the same.

Vaccination sites all over Nelson Mandela Bay saw the youngest eligible age group rock up in the hopes of a “walk-in” vaccination, and vaccination centres were more than happy to oblige.

Phillip Botha, 37, registered for his vaccine on Wednesday and on Thursday arrived at the Dis-Chem vaccination site in the Baywest Shopping Centre. An hour later, he left the mall and could not have been more pleased with the service.

All primary school children to return to class on August 2

All primary school pupils, as well as learners attending special education needs’ schools, will have to return to class on a daily basis from August 2.

This is according to the amended directions on the closing and re-opening of schools that were gazetted by basic education minister Angie Motshekga on Thursday.

Schools will re-open for both primary and high school pupils on July 26 instead of the original date of July 19 after the recent announcement by President Cyril Ramaphosa.

All primary school children to return to class on August 2

Russia on Friday reported 799 coronavirus-related deaths, the most in a single day since the pandemic began and the fourth day in a row it has set a record.

Russia is in the grip of a surge in cases that authorities have blamed on the contagious Delta variant and the slow rate of vaccinations. The coronavirus task force confirmed 25,704 new Covid-19 infections in the last 24 hours.

The federal statistics agency has kept a separate count and said Russia recorded around 290,000 deaths related to Covid-19 from April 2020 to May 2021.

A member of the Nigerian Tokyo Olympics delegation became the first Olympics visitor admitted to hospital with Covid-19, Japan's TV Asahi reported on Friday, as Japan battles to stem rising local infections with the Games a week away.

The person, a non-athlete in their 60s, tested positive on Thursday evening at the airport and had only mild symptoms but was hospitalised because of their age and pre-existing conditions, TV Asahi said, without giving further details.

Earlier in the day, the Australian Olympic Committee said that Australian tennis player Alex de Minaur, ranked 15th in the world, had tested positive for Covid-19 prior to his departure for the Tokyo Olympics, the latest athlete to see his Olympics dream shattered by the virus.

US basketball star Bradley Beal’s Olympic dream was cut abruptly short on Thursday when USA Basketball announced the Washington Wizards star will miss the Tokyo Games after he entered coronavirus protocols at the training camp in Las Vegas.

Several Covid-19 cases have emerged involving athletes and others involved with the Games, which start July 23, even as infections spread in Tokyo and experts warn worse may lie ahead.

Tokyo is under a state of emergency for the pandemic, but most steps to curb its spread are voluntary and many people say they have grown weary of complying.

He said that he's shattered, not being able to come ... but he has sent his very best wishes for the rest of the team.

Some education sector workers in North West are reluctant to vaccinate if official figures are anything to go by.

North West education department spokesperson Elias Malindi confirmed that up until Tuesday, 71% or 30,677 of the 43,200 targeted employees, including teachers, had been inoculated.

“Our department and the provincial health department are analysing the statistics to find out how many of the 30,677 are teachers.”

The basic education sector vaccination programme, which started on June 23 and was scheduled to end on July 8, was extended until July 14.

Shehu Ismaila Gbadebo has worked as a barber for two decades. The money he made at his rented stall in a bustling suburb of Nigeria's megacity, Lagos, used to be plenty for him to pay bills and set aside some savings. Now, he relies on donated food and sometimes skips meals to feed his family.

Advocate Terry Price, who was in his early 60s, died on Thursday after a lengthy battle with Covid-19.

His close friend and colleague, Alwyn Griebenow, said a giant had fallen. “Not only was he a colleague but also a dear and loyal friend.”

Pregnancy can be a wonderful and sometimes confusing time. Coupled with a pandemic, it can be difficult to know whether taking the Covid-19 vaccine is safe for you and your baby.

According to the ministerial advisory committee (MAC) on Covid-19 vaccines, the Pfizer and J&J vaccines should be offered to all pregnant women based on their risk.

“Pregnant women with comorbidities such as obesity, diabetes and hypertension in pregnancy should be prioritised for vaccination and can be offered a vaccine if they have a comorbidity that is in a priority group for vaccination,” the committee said.

After his work as a taxi driver dried up because of Indonesia's new coronavirus restrictions, Ardi Novriansyah offered his driving skills to help his home city's buckling medical system.

Ardi, 41, is one of about 35 volunteers in Bogor, south of Jakarta, who recover the bodies of people that have died from Covid-19 while isolating at home.

Grabbing what sleep he can on a couch at the group's headquarters in an unused building, Ardi has received call outs 24 hours a day over the past month.

Ardi says his interest in humanity led him to take such a difficult job along with the camaraderie with his fellow volunteers.

"What's important is that we have a desire to help as volunteers, for humanity," he said.

The sight of dead bodies is something he adjusted to during an old job as an ambulance driver.

Indonesia is struggling to cope with a devastating wave of Covid-19 cases driven by the highly contagious Delta variant, which has left hospitals overflowing and meant many infected people unable to get a hospital bed simply die at home.

China should provide raw data on Covid-19 origins, WHO says

WHO Director-General Tedros Adhanom Ghebreyesus asked China to be more transparent, as he sought raw data on the origins of the Covid-19 pandemic.

US Surgeon General Dr. Vivek Murthy raised the alarm over a growing wave of misinformation about Covid-19 and related vaccines that threatens efforts to quell the pandemic.