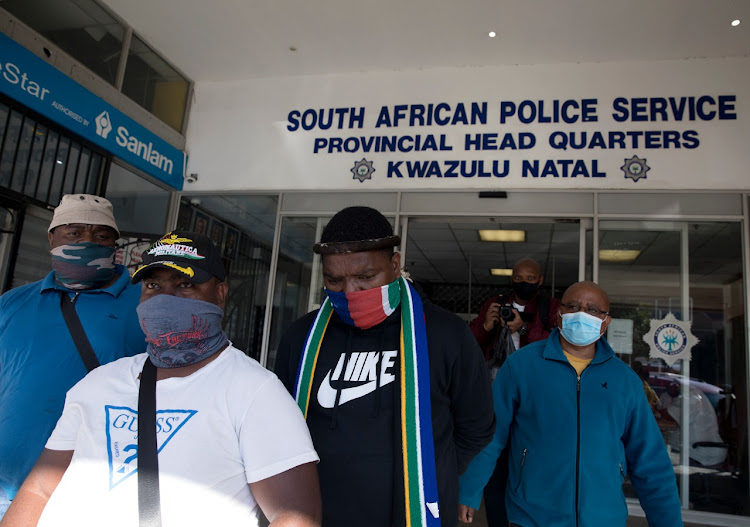 The police would not immediately confirm the charges but Mchunu — wearing a buff and scarf bearing the South African flag — told followers on social media that he was sought in connection with being an instigator in riots that plunged KwaZulu-Natal into chaos last week.

Mchunu, has called for Zuma to be set free after his incarceration two weeks ago at the Estcourt correctional facility in compliance with the Constitutional Court order. 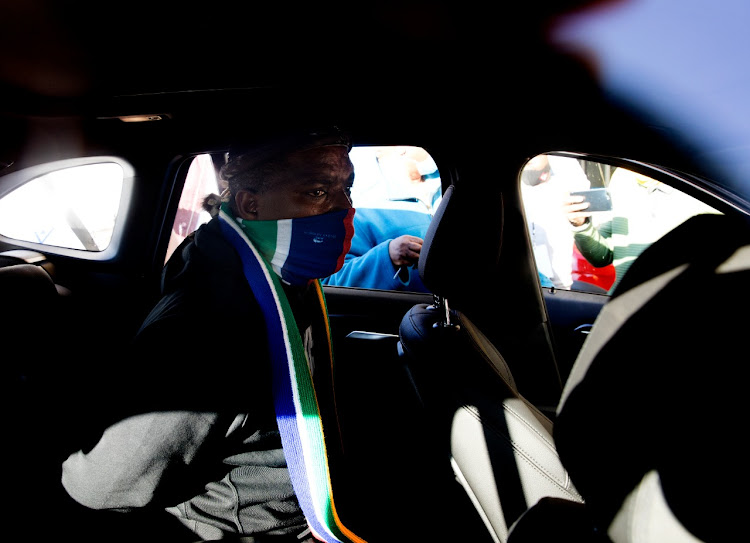 Mchunu announced over the weekend that he would be handing himself over to police in connection with allegations about instigating riots in KZN last week.#NgizweMchunu #ngizwe@TimesLIVE pic.twitter.com/pkGHjJMC6s

The former broadcaster, who stopped working at Ukhozi FM in 2020, was initially scheduled to hand himself over at Durban Central police station but this changed later in the day and he handed himself over at the police headquarters.

His lawyers Styx Mdladla and Vusi Khathi told TimesLIVE that Mchunu would be taken to Gauteng to appear before the Randburg magistrate's court by Wednesday. They would not confirm the charges against their client.

However, it is understood he is said to have contravened an “old riotous act”, according to his lawyers. This was in apparent reference to the Riotous Assemblies Act.

His wife Lindi Khuzwayo told TimesLIVE: “I came here with incense and a traditional rug. I will burn the incense and ask our elders to watch over him during this time.

“I want to know who will look after my husband inside there because he suffers from chest pains and needs his medication.”

There is a large media presence outside the Durban Central police station, where former Ukhozi FM DJ and commentator Ngizwe Mchunu is expected to ...
News
1 year ago

Former spy boss Thulani Dlomo has challenged deputy state security minister Zizi Kodwa to prove he is one of 12 alleged instigators behind the unrest ...
Politics
1 year ago

Authorities are investigating evidence linking ANC branches in KwaZulu-Natal to the violent protests.
Politics
1 year ago