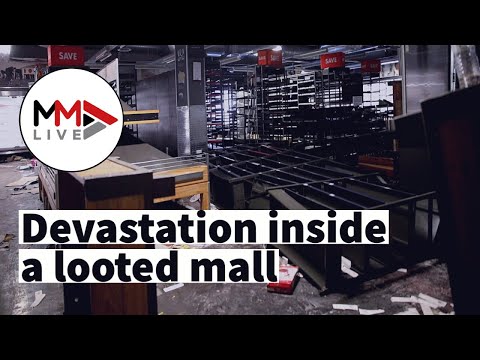 More than 200 malls have been looted in SA since July 7. The violence erupted in KwaZulu-Natal soon after former president Jacob Zuma was taken into custody to begin serving a 15-month sentence for contempt of court and quickly spread to Gauteng, resulting in a large number of retail properties being damaged and looted in both provinces.

In Soweto all shopping centres and malls were destroyed besides Maponya Mall, which was protected by the community. By the end of last week, hundreds of people had been arrested and more than 200 were dead.

Jabulani Mall in Soweto was a victim of the destruction. We joined shareholder Lesley Nkuna on a walk through the centre, which cost R1.5bn to build, to witness the devastation.