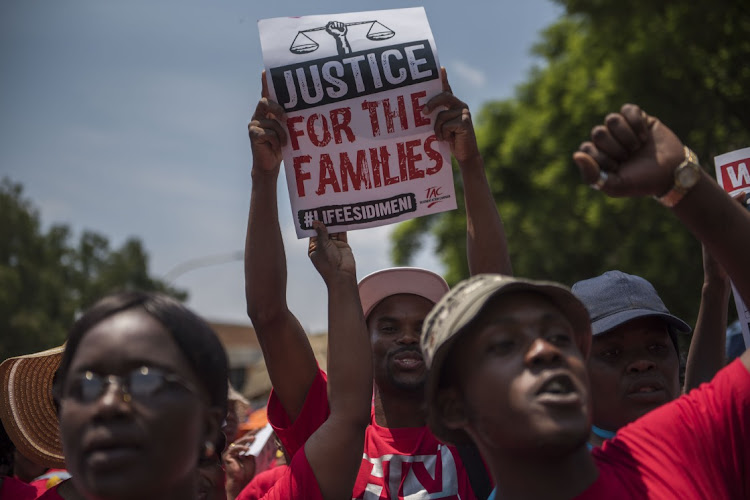 The Life Esidimeni Inquest hearing has stalled to allow government time to sort out independent legal representation for three former officials who could be criminally charged for their involvement in the tragedy.
Image: Gallo Images / Alet Pretorius

The inquest hearing into the Life Esidimeni tragedy that led to the deaths of 144 psychiatric patients has come to a halt.

Despite months of preparations and planning, it emerged on day three of the hearing that government has allegedly not properly prepared independent legal representations for three officials, who have been issued with warning statements that they could possibly be facing criminal prosecutions for their involvement.

“I am going to adjourn these proceedings to allow for the organising of legal representations. I am going to give them today and tomorrow and we will resume on Friday at 10am,” said presiding judge Mmonoa Teffo.

The alleged criminal offences that arise in the inquest have been put to three of the potential accused in their warning statements. The charges put to Mahlangu, Selebano and Manamela are culpable homicide, assault with the intent to do grievous bodily harm and contravening the Mental Health Care Act.

The National Prosecuting Authority (NPA) launched the inquest on Monday into the Life Esidimeni tragedy that occurred in 2016, when 144 mentally ill patients died at the hands of health officials and those charged with taking care of them.

In her opening statement, advocate Adila Hassim of Section27 — representing relatives of some of the deceased — said they would also establish a prima facie case against the owners of at least two NGOs, namely Ethel Ncube of Precious Angels and Dorothy Franks of Anchor.

The matter will resume on Friday at 10am in the Pretoria high court. The public can view the live streamed proceedings on the Judiciary RSA YouTube channel.

We were told of patients being starved: the cost of Life Esidimeni cost-cutting

"This is a fact-finding mission. It is an important and serious process, and we have faith in it to get to the bottom of the cause of the deaths," ...
News
10 months ago