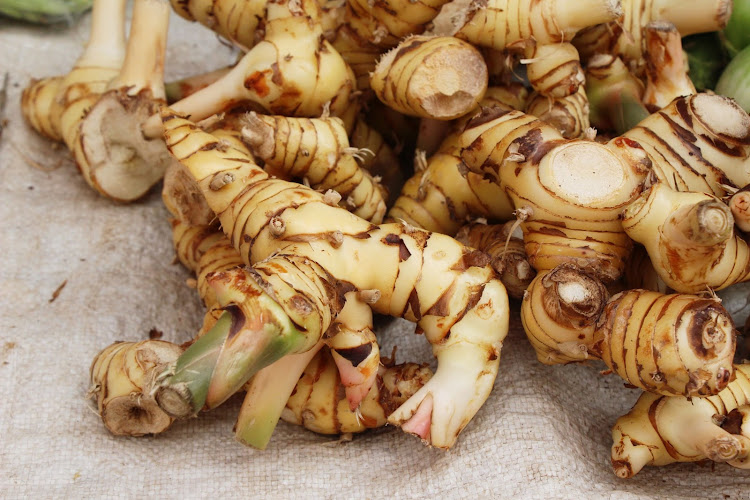 A Fruit Stop branch in Pretoria has agreed to reduce its mark-up on raw ginger after the Competition Tribunal found it had made excess profits of R23,110 on the root between April and June 2020.
Image: 123RF/Jarungthip Jarin

A Pretoria fruit and vegetable store has agreed to donate vegetables, fruit and groceries to a community group to the same amount of excess profit it made from hiking raw ginger prices last year.

An investigation by the Competition Tribunal found the Fruit Stop branch in Wonderboom, Pretoria, “charged excessive prices” for raw ginger between April and June 2020.

While the store disputed that it had charged excessive prices, it had concluded a consent agreement with the tribunal to donate food and groceries worth R23,110 — the amount of excess profit — to Amadea Safe House, a community-based organisation, over three month.

Under the terms of the agreement, the store also agreed to reduce its gross profit margins on raw ginger, implement a competition law compliance programme and “immediately desist from the pricing conduct as described in the consent agreement”.

The agreed gross profit margin will last for the duration of the national state of disaster, the tribunal said.

Demand for raw ginger surged in 2020 due to widespread but unfounded belief that it offered protection against contracting Covid-19. However, despite its popularity among Covid-19 survivors, there was no scientific evidence that showed it was effective, Dr Marlin McKay told TimesLIVE last week.

The World Health Organisation (WHO) agreed, saying that while some spices offered possible health benefits, there was “no scientific evidence that black pepper, honey and ginger protect from Covid-19 infection”.

A copy of the consent agreement between the tribunal and Fruit Stop will be published on the watchdog's website in due course.

The World Health Organization says while ginger, black pepper and honey do have properties beneficial to one's health, there is no evidence these ...
News
10 months ago

The Special Investigating Unit has welcomed the dismissal of senior Gauteng health official Thandy Pino over the irregular award of contracts for ...
News
9 months ago

The KwaZulu-Natal health department says hospitals, clinics and community health centres are gradually returning to normal after a week of unrest, ...
News
9 months ago