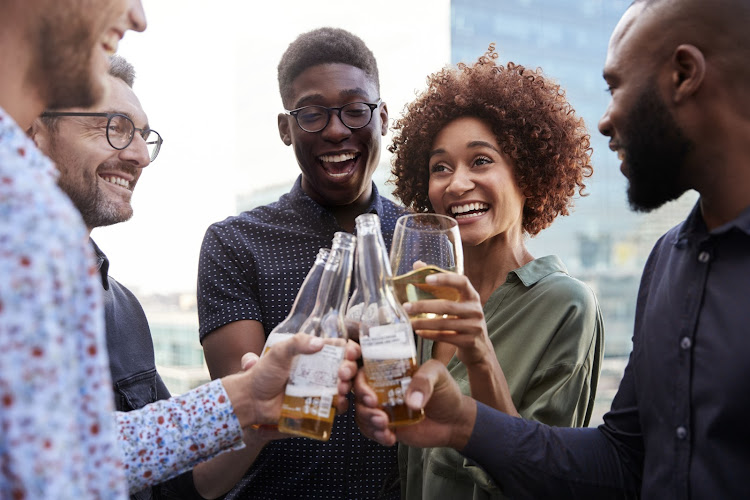 The high court on Thursday dashed the hopes of South Africans who are missing their daily tipple.
Image: 123RF/Cathy Yeulet

SAB's attempts to have the government's alcohol sales ban overturned was dismissed by the Western Cape High Court on Thursday.

The company had gone to court to request that the sales ban — implemented under lockdown level 4 — be set aside.

It argued, among other things, that co-operative governance and traditional affairs (Cogta) minister Nkosazana Dlamini-Zuma’s power under the Disaster Management Act (DMA) did not include the power to “override or repeal existing legislation”.

It also argued that the fourth ban on alcohol sales in 18 months was unsubstantiated by robust scientific evidence — and that the minister's decision to promulgate the regulations was procedurally unfair or procedurally irrational because she did not consult them and other key stakeholders in the alcohol industry before the regulations were implemented.

However, high court judge Robert Henney dismissed the application, along with the costs of three legal counsel.

Henney said that because of the speed at which the government needed to act given the transmissibility of the Covid-19 Delta variant, it could not be argued that Dlamini-Zuma acted in an unfair or unprocedural manner.

SAB said in a statement on Thursday night that it was “disappointed” by the court’s decision “to not overturn the current alcohol ban”.

The company said some 250,000 people and one million livelihoods were supported by the beer value chain and that it would “continue to advocate through the judicial process for all those who rely upon the industry including employees, farmers, retailers, tavern owners, owners of restaurants, owner drivers and all suppliers”.

It said that one of the consequences of the ban was a boost to the illicit alcohol trade.

“As seen over the past weeks, the prevalence of illicit alcohol within SA is an unfortunate and predictable consequence of this ban,” said SAB.

Minimum unit pricing, which stipulates a floor price for a unit of alcohol, would push up the price of the cheapest products on the market, say UCT ...
News
3 months ago

The ban on alcohol sales meant to reduce the spread of Covid-19 did save lives, a study by the SA Medical Research Council and the University of Cape ...
News
3 months ago

In a bid to curb the further spread of the Covid-19 pandemic, President Cyril Ramaphosa on Sunday implemented a hard lockdown which included a ban on ...
Politics
3 months ago

The SA Alcohol Policy Alliance (Saapa) has proposed these 10 restrictions ...
News
5 months ago

Tuesday's “family meeting” with President Cyril Ramaphosa has been met with mixed reactions following the announcement of tweaked restrictions to ...
News
6 months ago

Gauteng premier David Makhura says the province is looking at tightening the sale of alcohol regulations beyond the current Covid-19 regulations.
News
7 months ago