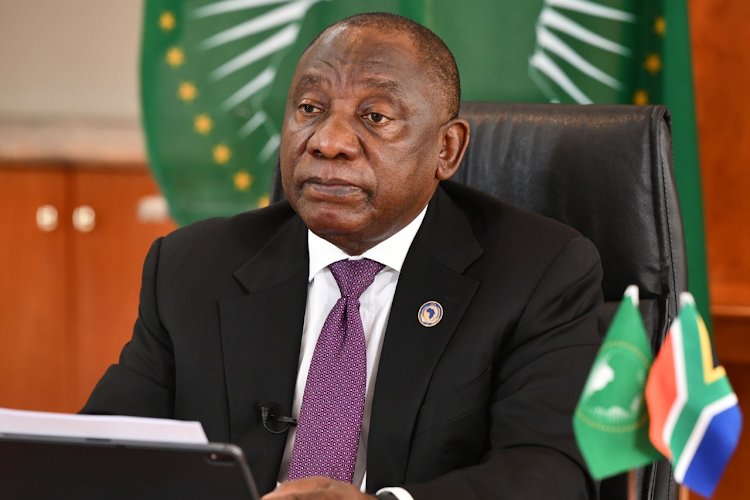 On Tuesday, the court dismissed with costs an application by the EFF to have the records made public.

The documents were obtained by public protector Busisiwe Mkhwebane during her CR17 investigation, who handed them to the high court when Ramaphosa challenged her report.

TimesLIVE ran a poll asking readers whether they agreed with the high court's decision.

Forty-five percent said if Ramaphosa had nothing to hide, the records should be made public. Forty-two percent agreed with the ruling and said the EFF was “beating a dead horse”, while 13% said unsealing the records would not change anything.

In his ruling, judge Cassim Sardiwalla said the issues raised by the EFF were not new.

“I can find no compelling reasons why the material should be disclosed to the public at large. The applicant has not advanced any public or private good that will be served by public disclosure as against the personal danger in which parties of the CR17 campaign concerned and their activities will be placed,” said Sardiwalla.

Speaking on Kaya FM after the ruling, EFF leader Julius Malema said Ramaphosa was elected under the banner of transparency and should maintain that stance by releasing the records.

“Ramaphosa holds a very big influence. Those who finance him, he develops a soft spot for them, and to hold him accountable you ought to know who are the people who financed the president, because you might find they are the ones actually running the state,” said Malema.

On social media, readers weighed in on the debate around the records remaining sealed.

Why does anyone care about the EFF? Unnecessary diversions.

Cyril must not think it will end

Not at all.The longer these records are kept secret the more innuendos and insinuations about the makings of a deep state.We are an open society whose constitution is premised on a just, free and equal status for every citizen.Ultimately they have to be unsealed.

The court has decided. The court judgement must be respected.

To be honest me personally I don't care, They are all the same. secrecy, manipulation, lying to people and pushing their Agenda is not something that start now, it was happening since from 1990 when they started CODESA. I just which and hope to see the ANC falling.

All political parties campaign finances should be a matter of public record.

The Pretoria high court has ruled against the unsealing of President Cyril Ramaphosa's "CR17" campaign bank records.
Politics
10 months ago

Sorry, Julius, but you won’t be privy to Cyril’s bank records

The financial documents pertaining to the CR17 campaign will remain sealed, says judge, ruling against the EFF
News
10 months ago

"Ramaphosa holds a very big influence. Those who finance him, he develops a soft spot for them, and in order to hold him accountable, you ought to ...
Politics
10 months ago