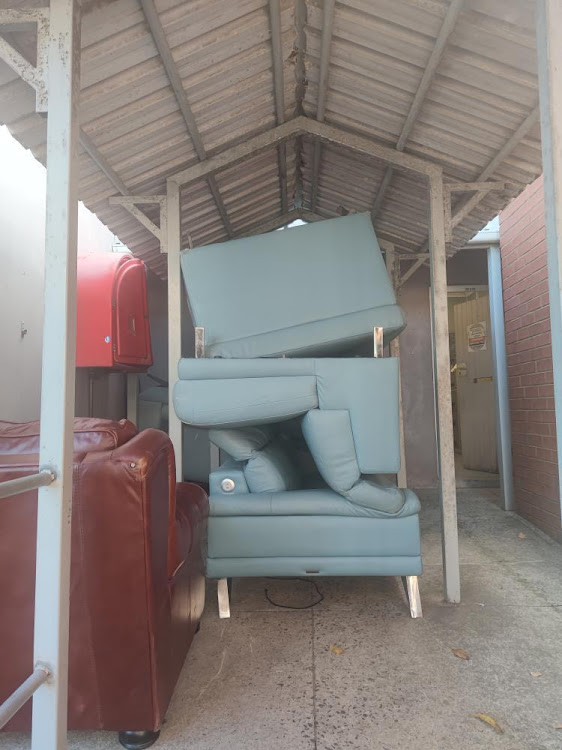 The famously looted blue San Pablo corner sofa has been recovered by the police.
Image: Supplied

The owners of a Durban furniture store are offering a reward for information about a missing piece of SA's most famous blue couch.

The San Pablo corner sofa, a genuine leather sectional with “elegantly sloped armrests and supportive headrests”, is currently at Sydenham Police Station in Durban — but is missing an armless piece. The sofa was positively identified on Tuesday morning.

Owner Greg Parry said the Leather Gallery was offering a reward for “actionable intel” that can assist with recovering the missing piece.

“The San Pablo leather corner sofa was subjected to extremely rough treatment and had clearly been pushed, pulled, and dragged when it was looted from our Springfield showroom and then shoved onto the back of a bakkie, as seen in a video that was broadcast by the SABC.

“Furthermore, it appeared that it was left outdoors for a few days and was in turn subjected to harsh elements, which severely degrades and damages genuine leather.

“While the majority of our beloved San Pablo was found, we discovered that it had been dismembered and is still missing an armless piece.

“We are now offering a reward for actionable intel that can assist us with finding and recovering the missing piece of our sofa. As such a famous sofa, we believe that it should be displayed in all its glory,” he said. 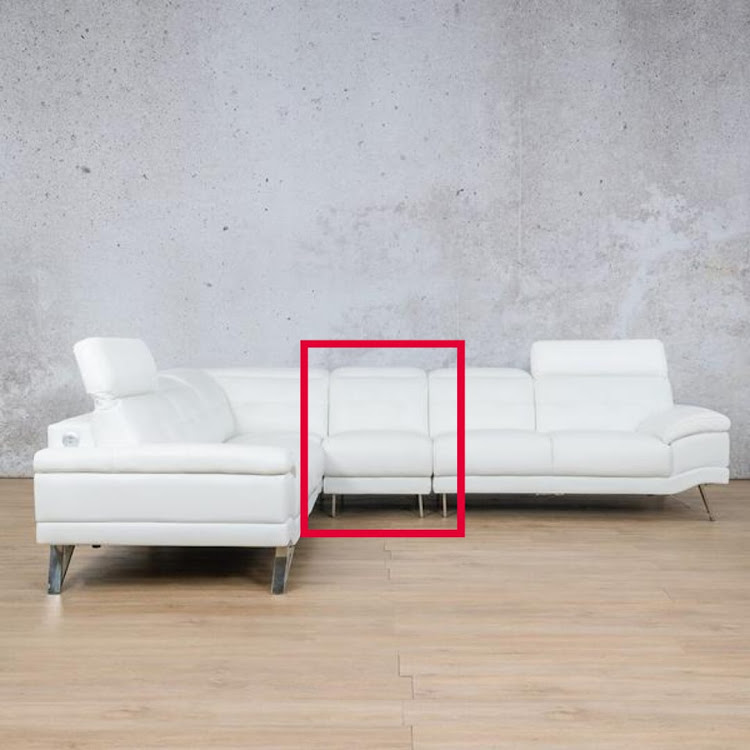 A reward is up for grabs to help the store recover a missing piece of the blue San Pablo corner sofa, which will be on display in store after being recovered by the police.
Image: Supplied

The couch, which is priced from R67,999, was the subject of a meme when it was photographed in an informal settlement hours after it had been stolen from the Springfield warehouse during unrest which swept through Durban.

Leather Gallery made the appeal for information on the whereabouts of its “beloved” sofa which was “now stranded in the cold” on Instagram a week ago.

“We were inundated with reports of the location of our blue San Pablo sofa that was looted from our Springfield showroom, down to an almost exact location in Quarry Road. However, when we attempted to go to the scene to investigate further, we found that the sofa was no longer there.

“We were informed yesterday that our couch had been repossessed by the SA Police Service and was being held at a secure facility with other looted goods that they had reclaimed.

“We have since been in contact with the SAPS to arrange to have our beloved San Pablo leather corner couch rightfully returned to us, and we eagerly await the much-anticipated reunion,” Parry said.

Ordinary South Africans have turned into sleuths, tracking down looted items as they are put up for sale online
News
6 months ago

The now famous blue couch will be displayed at the Leather Gallery's new flagship warehouse, which is expected to open soon.

“We think that there is no better way to celebrate this incredible next step for Leather Gallery as well as the return of our now-famous sofa. When we receive all of the missing parts, we will be fixing up the San Pablo and restoring it the best that we can to give it a special place in the magnificent showroom at our new warehouse. We invite the public to come and view the famous blue San Pablo and take a picture with it to share on social media, as well as browse through our luxurious furniture and décor range,” Parry said.

He added that he was unsure whether any arrests had been made or if police were investigating potential suspects.

“We put our full confidence in the SAPS that they will bring justice to what has been a devastating time for many SA business owners that have been subjected to the violent looting and arson.”

WATCH | 'They saved the whole shop with cooking oil!': But three centres lost to looters

Centre managers "were absolute heroes, they were totally traumatised but they did everything in their power to protect the buildings”, says developer ...
News
6 months ago

Scores online are up in arms about the decision to destroy recovered looted goods.
News
6 months ago

Authorities are busy recovering a mountain of stolen goods after last week's looting spree in KZN and Gauteng.
News
6 months ago