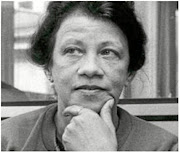 Image: SUPPLIED The family of the late ANC struggle stalwart Dulcie September, who was assassinated in Paris, France, wants to get to the bottom of her murder.

The family of late ANC struggle stalwart Dulcie September, who was assassinated in Paris, is determined to get her murder case reopened in France and SA.

“When I was born, Dulcie was already in prison. She was always jovial and giving us attention and spoiling us. We heard she was going to the UK and that was the last time we saw her. We were much older when we were told she was working for the ANC,” said Michael Arendse, September’s nephew.

He was speaking at an online dialogue in support of reopening the investigation into September’s death.

September was 52 when she was assassinated in Paris. She was killed at the offices of the ANC.

For five years she had been the ANC’s representative in France, Belgium and Luxembourg, and had been a vocal opponent of the French government’s military support for the apartheid regime.

“My parents went to visit her in 1979 in the UK. Then came the shocking news that she had been assassinated. It was the saddest time in my family’s history. My mother took to bed for three days. My father had a bit of a breakdown.

“We know what happened, but we want to find out why. It’s not for the sake of revenge. We want to know the truth,” said Arendse.

He said he later learnt September was a great lover of the arts.

“She enjoyed music and I believe she also enjoyed opera. Whenever she would phone, we would have short conversations.”

Lucien Limacher from the Legal Resources Centre said the case was at a preliminary stage before the courts.

“We are at the stage of arguing the prescription of the case. We are talking about technical legal issues. What’s clear in the French court is that if a crime is deemed a crime against humanity, prescription doesn’t apply,” he said.

He said there was a lot of work being done by other law firms trying to get justice for other people who were assassinated.

Patric Tariq Mellet, who met September during the struggle in the 1960s, described her and a “no nonsense taker”.

“It was a very lonely life at the time [when they met]. We were four years apart in joining the ANC. She was an older sister. When we connected in Lusaka, there were not a lot of people from Cape Town in 1980 and 1981,” said Mellet.

“Nothing was too small or too big for Dulcie. She had a motherly side. There were always questions about your welfare.”

He said they only connected when they had mass meetings in Lusaka.

“When I think of those people [including September] who were assassinated, they had a particular profile. The regime did not just kill anybody.”