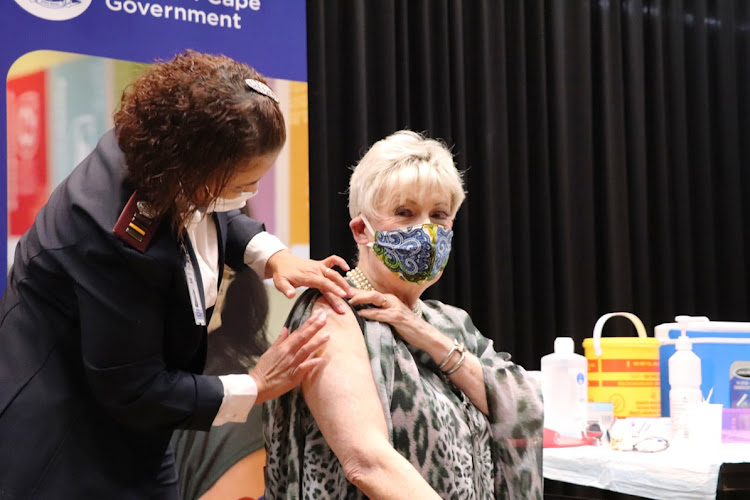 The Western Cape government is celebrating administering 1-million vaccinations since the rollout began with healthcare workers under the Sisonke study in February.

On Tuesday the province attributed the success of the programme to an increase in its capacity, which sees it administer 30,000 vaccinations per weekday, totalling 150,000 per week at its 200 vaccination sites.

The protection of the vaccine is evident in the reduced infection rate among health workers, said the province.

Between May and July 2020, 4,525 health workers were infected, and in the second wave the number dropped to 3,633 . Since the vaccination rollout, the province has reported 679 infections among staff and 501 active cases.

Gauteng has administered the most vaccinations with 1.6-million, followed by KwaZulu-Natal with 1.3-million, according to the latest statistics released by the health department.

SA is nearing the 7-million mark as cumulative vaccinations nationally stand at 6.8-million.

In a national address on Sunday, President Cyril Ramaphosa said SA administers more than 240,000 vaccines every weekday. He said the country would receive more Johnson & Johnson and Pfizer vaccines to cover the remainder of the year.

“Within the next two to three months, we are scheduled to receive around 31-million additional doses from Pfizer and Johnson & Johnson. This supply pipeline means there will be sufficient vaccine doses available for the rest of the year”.

Is it safe to exercise after getting the Covid-19 vaccine?

We asked the experts.
Lifestyle
2 months ago

SA's Aspen Pharmacare will supply the first batch of Johnson & Johnson Covid-19 vaccines to the country on Monday.
News
2 months ago

US to ship 5.66-million Pfizer vaccine doses to SA, Nigeria to get Moderna

The US government on Wednesday will ship nearly 10-million doses of Covid-19 vaccines to Nigeria and SA as the continent battles a third wave of ...
News
2 months ago