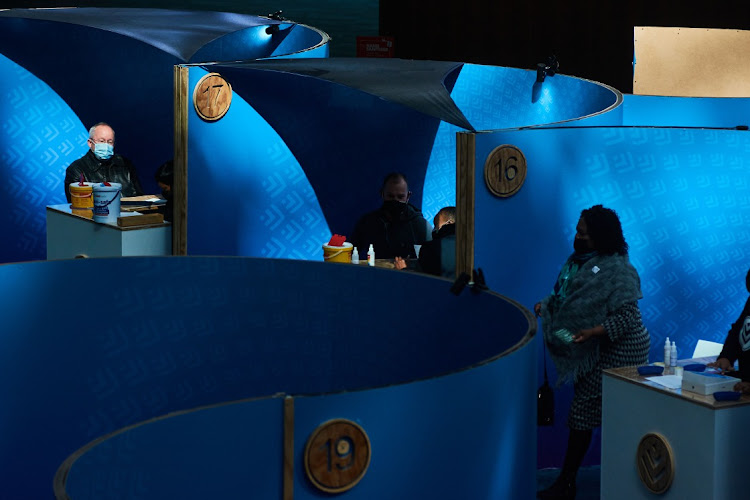 SA on Thursday recorded more than 500 Covid-19 deaths in a 24-hour period for the second day in a row.

Figures from the National Institute for Communicable Diseases (NICD) showed that while the deaths did not necessarily happen in the past day, they were confirmed in the past 24 hours.

We will not have vaccine shortages, promises Ramaphosa, with 5.7-million jabs from US en route to SA

President Cyril Ramaphosa is confident there will be no Covid-19 vaccine shortages as the government's roll out programme builds steam.

More than 7-million people have received their jabs so far, with those aged between 18 and 35 expected to be the next in line from September 1. At the moment, only those 35 years and older are eligible to get vaccinated, along with certain categories of essential workers.

We will not have vaccine shortages, promises Ramaphosa, with 5.7-million jabs from US en route to SA

The third wave of the coronavirus has necessitated a top-up of insurance giant Liberty Holding's pandemic reserve, which it set up last year to provide for the expected impact of Covid-19 on its business.

In a trading statement on Thursday, the company said: “Consistent with the Beta variant being more severe than the first variants in SA, the impact in 2021 on mortality of the second wave exceeded expectations in the SA Retail and Lib-Hold Corporate businesses.

“This, together with the impact of the current third wave and the associated prevalence of the Delta variant, has necessitated a top-up of the pandemic reserve.

This was the warning on Thursday by the provincial health department, which said the peak of the third wave had been called too early in the province and was about to hit.

Head of health Dr Keith Cloete said critical care capacity “is already stretched beyond capability” and that the weekend could stretch it even further.

Planning to apply for the R350 grant? Here's 6 things you need to know before you do

The R350 distress social grant has been reinstated for the next seven months.

The reinstatement was announced by President Cyril Ramaphosa during his address to the nation on Sunday.

The grant will be paid monthly until the end of March 2022.

Planning to apply for the R350 grant? Here's 6 things you need to know before you do

President Cyril Ramaphosa was due to visit vaccination sites on Thursday to encourage citizens to get the jab as a study found seven in 10 South Africans had scant trust in the government’s ability to ensure that Covid-19 vaccines were safe.

The Afrobarometer survey, released on Wednesday, suggested that a majority of people were unlikely to try to get vaccinated and close to half believed that prayer was more effective than a vaccine to prevent Covid-19 infection.

“As a third wave of Covid-19 infections spreads across SA, the government is promoting vaccination as the way to end the pandemic. As of July 2021, department of health data indicate that more than 2.3-million South Africans have tested positive for Covid-19 since March 2020 and at least 68,000 have lost their lives to the disease,” said a statement by Afrobarometer partner, the Institute for Justice and Reconciliation (IJR).

Tanzania's President Samia Suluhu Hassan received her Covid-19 vaccine in public on Wednesday, in the most decisive signal yet of a break from the policies of her late predecessor who repeatedly dismissed the threat of the pandemic.

Hassan took office after the death in March of former President John Magufuli, who had warned citizens against Covid-19 vaccines and recommended at-home remedies such as steam inhalation.

Since then, the government has changed tack: officials now call for social distancing and emphasise mask wearing in public.

Russia reported 799 coronavirus-related deaths on Thursday, an all-time high it has reached three times in the last month amid a surge in cases blamed on the infectious Delta variant.

The Japan Medical Association has demanded that the government share its sense of urgency to stem a rapid surge in coronavirus infections, Kyodo news agency reported on Thursday.

Newly reported cases in Tokyo hit a record high of 3,865 on Thursday, the metropolitan government announced.

Several months after being at the centre of a massive debate on social media after many thought he had got the Covid-19 vaccine early, Fikile Mbalula finally got the jab.

The transport minister on Wednesday shared a video of himself getting the Johnson & Johnson vaccine.

Mbalula was among traffic officers who got their vaccines under the rollout for law enforcement officials.

Thank you Department of Health pic.twitter.com/tE6P98HjUt

Zimbabwe has authorised the emergency use of Johnson & Johnson's Covid-19 vaccine, the first Western-made shot to be approved by the southern African nation, its medicines regulator said on Wednesday.

Like many African countries, Zimbabwe is in the grips of a third wave of infections, with nearly half of its 101,711 cumulative cases and 3,280 deaths recorded this month alone, according to official data.

Until now, the Medicines Control Authority of Zimbabwe (MCAZ) had only registered vaccines from India, Russia and China.

During a briefing on Wednesday, Mboweni said the R350 monthly temporary grant for unemployed people will cost the government R27bn.

The grant was reinstated on Sunday and will be paid until the end of March 2022.

Mboweni said the grant goes a long way in assisting people, no matter how small it might seem.

The lifting of the ban on alcohol sales under level 3 lockdown has raised concerns about whether liquor consumption interferes with the efficacy of the Covid-19 vaccine.

Johannesburg-based general practitioner Dr Marlin McKay told TimesLIVE doctors always advise patients against taking medication with alcohol but said there is no scientific evidence that it interrupts the vaccine.

“No doctor will ever advise that it's OK to take medicine while under the influence,” he said.

Two people attending the Tokyo Olympics from overseas have been hospitalised with Covid-19, a Tokyo 2020 spokesperson said on Thursday, amid concerns the Games will add to the strains on Japan's medical system.

Neither case is serious and a third hospitalised person has already been discharged, spokesperson Masa Takaya added.

The athletes and other attendees who have flooded into Tokyo from around the world for the July 23-Aug 8 Games are subject to a strict testing regime to identity and isolate positive cases.

The capital city is in a state of emergency with coronavirus infections at a record high.

Organisers declined to provide further details on the cases citing privacy concerns. They announced 24 new Games-related Covid-19 infections on Thursday including three athletes, bringing the total to 193 since July 1.

The disclosure came as Japan's top medical adviser urged the government to send a "clearer, stronger message" about the growing risks from the pandemic, including to the medical system.

"The biggest crisis is that society does not share a sense of risk," top medical adviser Shigeru Omi told a parliamentary panel. "The numbers (for Tokyo) surpassed 3,000 and this may have some announcement effect. Without missing this chance, I want the government to send a stronger, clearer message.

"The hospitalisations and infection spike add to worries about the Games, which are taking place under unprecedented conditions including a ban on spectators in most venues.

The surge also spells trouble for Prime Minister Yoshihide Suga, whose support ratings are at their lowest since he took office last September, ahead of a ruling party leadership race and a general election this year.

Omi said vaccinations would help contain the virus, but many more factors threatened to cause further rises in infections including the prevalence of the highly transmissible Delta variant, weariness of restrictions, and the Olympics.

Cambodia is set to launch a lockdown in eight provinces bordering Thailand from midnight on Thursday, in a bid to prevent the spread of the Delta variant of the coronavirus in the Southeast Asian country.

Prime Minister Hun Sen signed an order late on Wednesday for the lockdown, which bans people from leaving their homes, gathering in groups and conducting business, except for those involved in operating airlines.

"The temporary lockdown... aims to prevent community-based transmission of the new COVID Delta variant," Hun Sen said in the order posted on Facebook.

Border checkpoints with Thailand will also be closed except to allow for the transport of goods and in emergencies, Hun Sen said, adding the lockdown was due to run until Aug. 12.

Cambodia managed to largely contain the virus for most of last year, but an outbreak first detected in late February has driven up total cases to 75,152, with 1,339 deaths.

Neighbouring Thailand has also faced a stubborn outbreak driven by the Delta variant, which was first detected in India, and has repeatedly reported record numbers of daily infections in recent weeks.

A two-track approach to Covid-19 is what we need to save lives, says WHO

The first relates to the best use of vaccines, while the second requires people to commit to social protocols

A two-track approach to Covid-19 is what we need to save lives, says WHO

The third wave seems to have reached its peak in most of SA, but the hospitalisation aftershock is catching many communities by surprise.

That’s because the flattening of the peak is always followed by the most recent infections turning into severe cases – some requiring ICU and some also resulting in death.

He added: “We are still picking up the pieces. It’s been so severe and we are hitting the worst in some of the provinces now. We may be past the peak in many provinces, but the hospitalisations are still coming and we need to protect the health system.”

‘We have to do something. We can’t sit back, cry and be sad about it,’ says finance minister Tito Mboweni