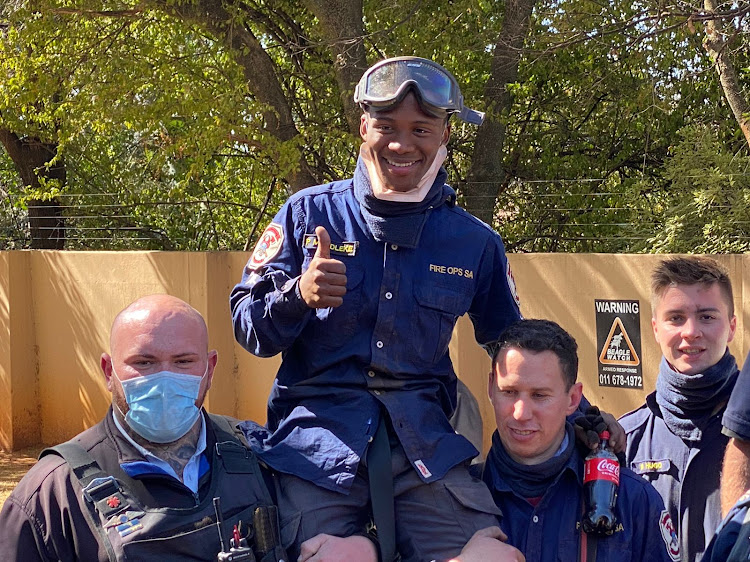 Pako Mondleke of Fire Ops SA is held up high after his long efforts hanging upside down underground to save a trapped dog from a stormwater drain ended happily.
Image: Robert Janbroers

A 14-year-old labrador has been safely reunited with his family after a mammoth seven-hour rescue operation.

The dog, Sushi, was trapped after falling down a manhole.

Fairlands community police forum patroller Robert Janbroers was part of the rescue mission, which started about 7am Thursday morning when someone called in a report to one of the local crime groups in the area about “a dog underground”.

“There’s no way of knowing exactly what happened, but it seems like at some point the dog tried to reverse itself into the tunnel and somehow got stuck down there,” Janbroers said. 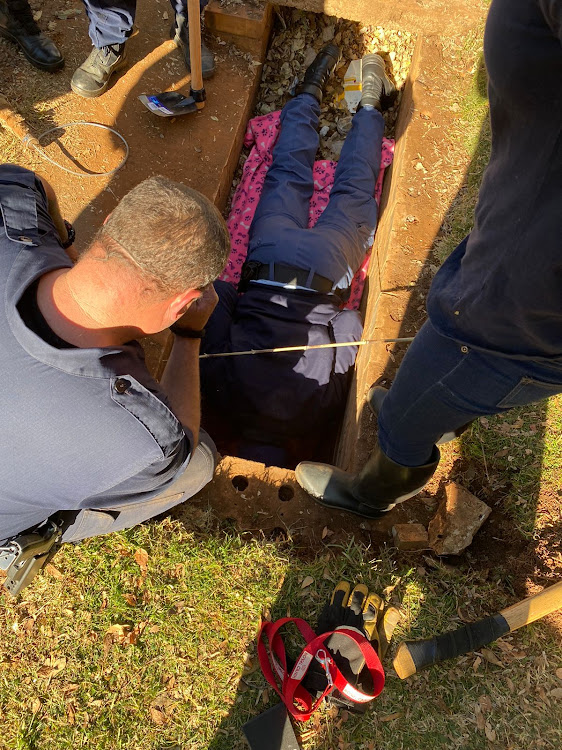 The rescue mission attracted a huge amount of attention as the local Fire Ops, CSS Community Support Services, the police, Search and Rescue, Fairlands CPF, Renico and a local vet arrived to see if they could help.

“There must have been 40-50 emergency services [people] there all morning,” said Janbroers.

The seven-hour operation was a difficult one as Sushi was frightened and unwilling to come out.

Joburg Roads Agency arrived and removed a section of road to allow access to the drain and to make the passageway to the dog wide enough for a person to fit through.

The Fire Ops team eventually lowered rescue worker Pako Mondleke into the drain. They strapped his feet together and lowered him into the hole.

“They pushed him down head first with his arms above his head, but it was difficult because of all the sand and muck in there,” said Janbroers.

“They must have tried about three times before eventually on his fourth attempt they succeeded and managed to pull him out feet first with the dog.”

The moment Sushi is pulled safely from inside a drain in Johannesburg. Rescuers spent 7 hours trying to get the Labrador out — with much of the rescuer work done by Pako Mandleke, who was brought out safely moments before Sushi.

The large crowd that had gathered to watch the mission burst into cheers and applause as “Pako from Fire-Ops” — as he has been widely hailed on social media — was lifted safely out, followed by Sushi, who came up lying on a blanket. 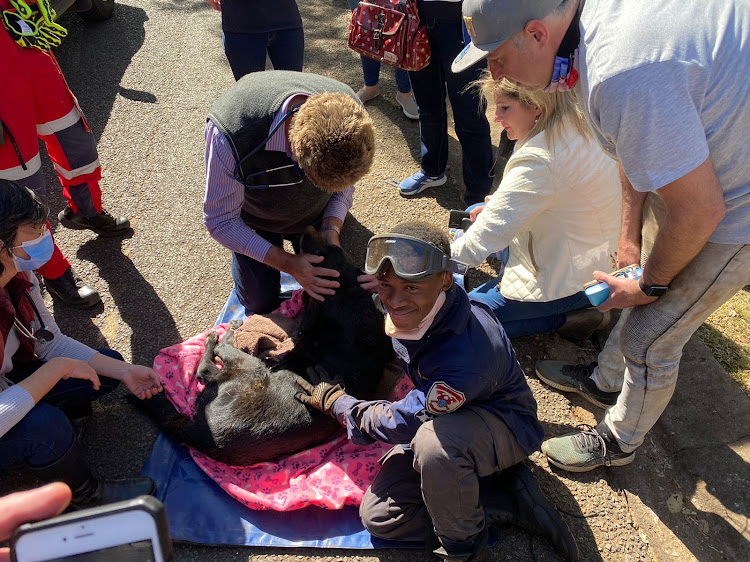 A vet examined the traumatised pet and Sushi was allowed to go home with his family.

Mondleke has become something of a hero in the neighbourhood, drawing scores of messages and thanks from people who followed the seven-hour mission through to the happy ending. 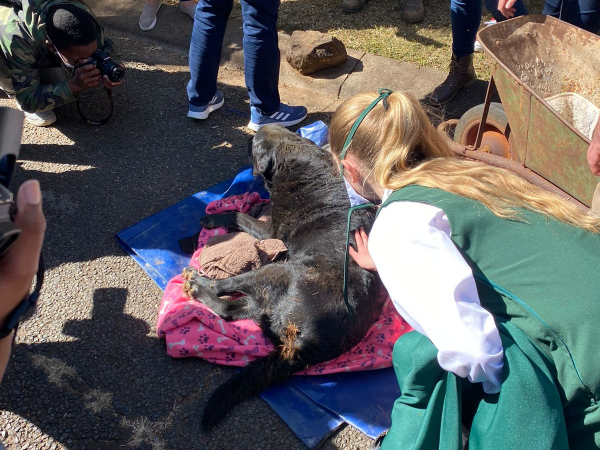 Traumatised but safe, Sushi recovers after being rescued from a stormwater drain in Kessel Street, Fairlands.
Image: Robert Janbroers

Jett is proof that every dog has its day - even if he turned grey waiting for that day to come.
Lifestyle
4 months ago

A Gqeberha traffic chief saved the life of a puppy stuck in a drain in Motherwell on Monday, proving that it is not only cats that have several lives.
News
4 months ago

Woman dies in Pretoria fire while husband and dog escape

A 46-year-old woman died while her husband and their dog escaped from their backroom dwelling in Môregloed, Pretoria, on Wednesday morning.
News
4 months ago