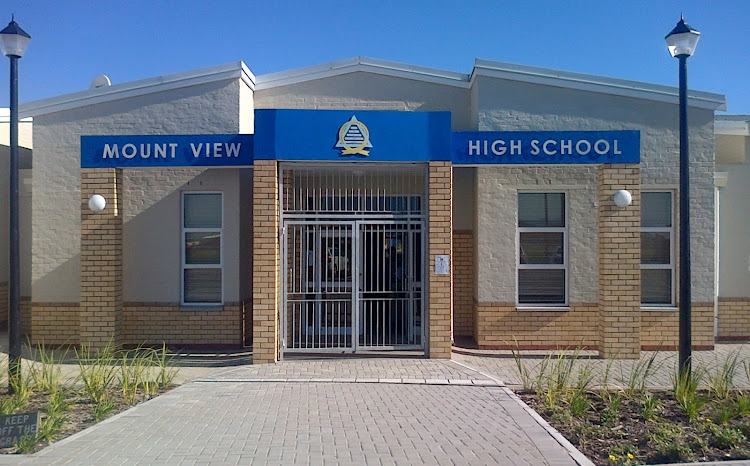 A teacher has been fired after a disciplinary hearing was told he made his wife and a schoolgirl pregnant simultaneously.

The man paid for the girl to have an abortion when she was five months pregnant, a Western Cape education department official told the arbitrator who chaired the misconduct hearing.

Arthi Singh-Bhoopchand also heard that at one stage the schoolgirl's father withdrew his complaint against the teacher, named in the finding only as H Jabaar, in return for a payment.

Jabaar did not attend the disciplinary hearing, which considered the former schoolgirl's WhatsApp exchanges with the Cape Town teacher and what Singh-Bhoopchand called “photographs of them together in compromising circumstances”.

The pupil, who was a minor at the time she had the relationship with Jabaar in 2019, also did not attend the Zoom hearing.

A teacher at a Northern Cape high school has been fired and banned from working with children after a disciplinary inquiry found him guilty of the ...
News
9 months ago

Lauren Randall, an assistant director in the Western Cape education department, testified at the Education Labour Relations Council hearing that in November 2019 the girl told the principal of Mount View High  School in Hanover Park that Jabaar had made her pregnant and paid for her abortion two months earlier.

Shortly after an investigation began, said Randall, the girl's father withdrew the complaint, explaining that Jabaar had agreed to marry his daughter.

When the teacher reneged on the plan, the complaint was reinstated, only to be withdrawn for a second time when the payment was negotiated between the families of Jabaar and the schoolgirl.

However, Randall said the department accepted legal advice that the investigation should continue.

Jason Fry, the deputy director: advisory services in the education department, said he and Randall interviewed the girl and her father together.

“He noticed that [the father] was doing all the talking and that the learner appeared reluctant to speak in front of her father,” Singh-Bhoopchand said in her finding.

After Fry asked the father to leave the room, the girl told them everything. But when the official spoke to the father afterwards, he told them he wanted to withdraw the complaint and ensure his daughter married Jabaar for the sake of “family honour”.

Fry said he also confronted Jabaar with evidence provided by the girl and his response was that “it was all true. He said that he had reneged on his agreement to marry the learner because he was already married and that his wife was pregnant.”

Singh-Bhoopchand said: “Mr Fry concluded his testimony by saying that he noted that the learner spoke freely when her father was not in the room and that her fate appeared to be controlled by her father.”

The arbitrator said that in the absence of the girl and Jabaar she was prepared to accept the officials' hearsay evidence “in view of the gravity of the misconduct and in the interests of justice”.

A lecturer who was fired for advising a student who failed maths to "think like a girl" if she wanted a pass mark has had his reinstatement bid ...
News
10 months ago

She added: “Their version is further supported by documentary evidence. The individuals in compromising circumstances in the photographs ... were identified as being the learner and the employee.

“The pictures are not reflective of an educator/learner relationship but rather of two individuals involved in a physical relationship.

“The content of the WhatsApp communications between the learner and the employee confirm that the learner was indeed pregnant and the conversation around marriage between the two further cements the version of the witnesses.

“The content of the WhatsApp messages also supports the version that the employee was trying to protect his job by manipulating the learner and her family into withdrawing the complaint. It further explains the absence of the learner.”

After finding Jabaar guilty, she dismissed him from the job he has since been taken at a different Western Cape school and said his teaching certificate would be revoked.

A fired teacher will collect R370,000 back pay and return to her job after an arbitrator said colleagues and pupils conspired to get rid of her.
News
11 months ago