Mzansi weighs in on 'Naomi Campbell vs Jabu Zuma' 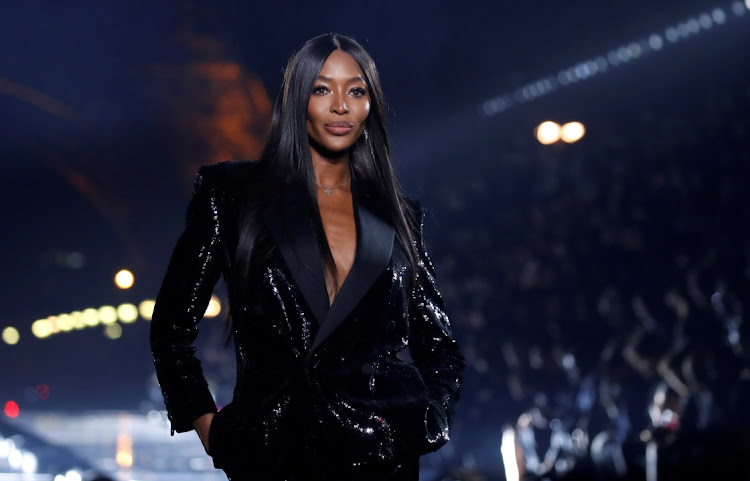 Naomi Campbell slammed Jacob Zuma in an open letter. 'Finish your appearance in front of the state capture commission,' she told him.
Image: REUTERS/Gonzalo Fuentes/File Photo

Social media was in meltdown mode at the weekend after international supermodel Naomi Campbell penned an open letter to former president Jacob Zuma, which drew a sting clapback from his family.

In her letter, Campbell blamed the recent looting and destruction in parts of KwaZulu-Natal and Gauteng on his supporters and said it threatened to undo what the late former president Nelson Mandela had fought hard to achieve.

“Each day you defy the courts and stoke division you take a step backwards from Madiba’s vision for SA to prosper and for there to not only be equitable political justice but also economic justice.

“If you still consider yourself a leader, then please act and take responsibility like one.

“Agree to finish your appearance in front of the state capture commission and equally you will have your days in court to contest the corruption charges alleged against you. Put the nation first,” she wrote.

Zuma's daughter Jabu hit back Campbell, telling her the unrest was bigger than calls for her father's release.

Do you agree with Naomi's open letter?

She also denied claims her father was evading the state capture commission.

“What you remember SA to be is not and has never been a reflection of the true SA. If you had actually been watching president Zuma over the last few years, as you claim, you will be well aware of the fact that all he has ever called for was a fair trial. He has been more than willing to stand in front of a court and prove his innocence ... Zondo recuses himself, Zuma goes to the commission. Simple,” Jabu said.

She also suggested the model knew nothing of SA history.

“You’re simply not qualified and must be deluded to say you could ever [make recommendations on what Zuma should do],” Jabu concluded.

Social media users weighed in on the open letters, with opinions split:

SAns, @DZumaSambudla and Jabu Zuma dealt with Naomi. Campbell adequately that she even protected her tweets!

She will learn to know her limits,

I am no fan of Naomi Campbell but for once she's hit the nail on the head.
The one who is delusional here is Jabu with her narrow mindset and blinkered view.

Thank you Jabu. To those who hate President Zuma so much, could you tell me exactly what he has done. Naomi knows nothing about SA just like these clever blacks.

The winner is Naomi, she went for the Jugular Vein.@DZumaSambudla pic.twitter.com/JXWTFOdVU2

Same WhatsApp group, the Zuma gals are stuck hence this rhetoric, Naomi 1 Jabu & Duduzile 0. Go back to the drawing board, here you are finished

Naomi will have a headache fathoming this brilliantly put information, pic.twitter.com/0qto0nuiaw

Transport minister Fikile Mbalula said the anarchy disguised itself as a political protest and produced vigilantism and barbarism “of the worst kind”.
Politics
1 month ago

The ANC conference resolution calling for radical economic transformation has been so vulgarised by a certain grouping that the governing party ...
Politics
1 month ago