Octogenarian Julia Albu, who travelled across Africa in an old Toyota Conquest, dies at home 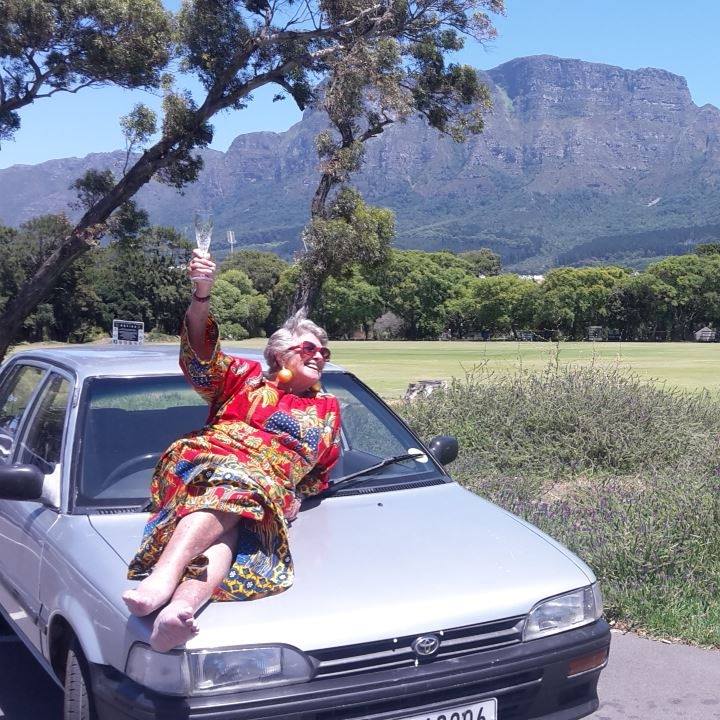 The then 80-year-old Julia Albu who embarked on a journey around Africa with in trusted Toyota Conquest in 2017. She died at home on Monday morning.
Image: Facebook

Julia Albu, the grandmother who completed an epic Cape-to-Cairo road trip in her 20-year-old Toyota Conquest in 2017 and 2018 has died.

In a Facebook post, her children confirmed her death on Monday morning. They said their “darling mother” was an inspiration to so many.

“We are thankful that she went without pain, at home, at her time, and that she wasn’t taken by Covid-19. To all of her loyal followers, thank you so much: you brought her so much joy & I know she would want all of you to follow your dreams & travel your best journeys,” they said in their post.

It is with great sadness that we have to write this post, one that is far too soon for all of us. Our darling mother,...

Posted by My African Conquest on Monday, August 2, 2021

Albu became a social media sensation when she started her Cape-to-Cairo quest in June 2017. She came back to Cape Town in February 2018.

Speaking to  TimesLIVE in February 2018, after completing the adventure, Albu said she decided to go it alone after none of her friends took up her offer to accompany her.

“People look at me in horror when I tell them I’m venturing forth across Africa in a 1997‚ 1600 Toyota Conquest with close to 400‚000km on the clock. But who else would I choose as my partner in crime?” she said at the time.

From Egypt, the car was shipped to Greece and Julia flew back home for a medical check-up.

She was reunited with her car, commencing the drive from Greece, through Albania, Montenegro, Croatia, Slovenia, Austria, Germany, Belgium, Holland and eventually arriving in London. The total distance, Albu estimated at the time, was in excess of 20,000km.

The tent she packed to use during her epic journey through Africa‚ has only been pitched twice since 80-year-old Julia Albu set off on her travels in ...
Lifestyle
3 years ago

An 80-year-old granny has embarked on an adventure of a lifetime: a roadtrip across Africa through to London in her trusted 20-year-old Toyota ...
News
4 years ago

It was a spur of the moment trip, says gran who drove from SA to Europe

Julia Albu, the 81-year-old who travelled across continents in an old Toyota, tells Brenwin Naidu more about her epic road trip
Lifestyle
2 years ago