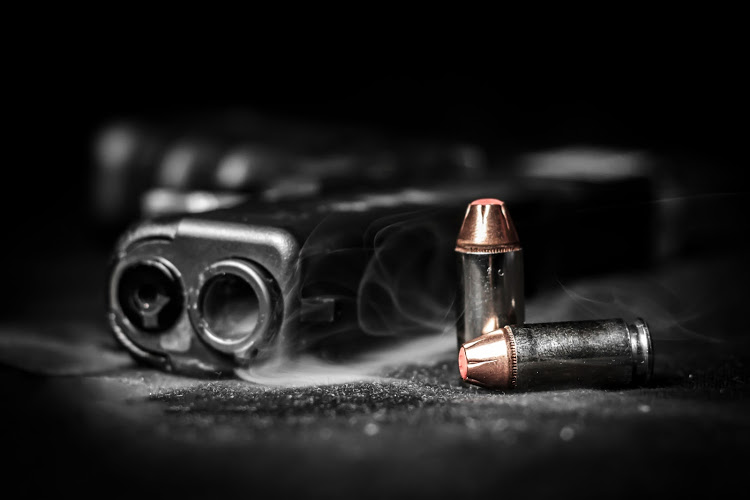 The police in Mpumalanga have launched a manhunt for two men who shot and killed a security guard in Brondal, near Sabie, on Monday.

According to Mdhluli, a security officer was shot while responding to a robbery call at a farm on Monday morning.

“It is said that at around 6am, two suspects wearing masks entered a house at a farm and held the owner and his family hostage. Two security officers were alerted and responded accordingly and these suspects then fatally shot one of the security guards and disarmed the other, who was also assaulted and held at gunpoint,” Mdhluli said.

“The suspects are said to have robbed the farmer of some items, including a firearm and cellphone. The owner was also shot by the suspects before they fled the scene with the robbed items using a Ford Ranger bakkie they had forcefully taken from one of the family friends of the affected family, who had gone to the home to try to assist.”

Three men escaped with R5 rifles, shotguns and ammunition after robbing a police station at the weekend.
News
1 year ago

Mdhluli said the bakkie was found abandoned about 2km away.

He said anyone with information should contact the police on the Crime Stop number 08600-10111 or the My SAPS app. “All information will be treated with confidentiality.”

According to Albert Gryvenstein of Bossies Community Justice, a non-profit security initiative in the area, a helicopter search was concluded earlier and the suspects could not be found.

Gryvenstein said the manhunt continued on the ground. He added that the farm had a lodge on its premises. “We are still following all leads,” he told TimesLIVE.

ER24 earlier reported that a man was killed and four injured on Thursday morning during a farm shooting in Brondal.

“The male farmer was found lying in the kitchen with several gunshot wounds, leaving him in a critical condition. A second security officer and two women were walking inside the home with only minor injuries,” ER24 said in a statement.

Five men arrested for the murders of two North West police officers have appeared in court.
News
1 year ago

A security guard is fighting for his life in hospital after he was stabbed in the chest during a protest by construction workers over unpaid salaries ...
News
1 year ago

Gqeberha house robbers on the run after stealing woman's ashes

A manhunt is under way for a gang of house robbers who stole an urn containing ashes and electronic goods in Kragga Kamma, Gqeberha.
News
1 year ago