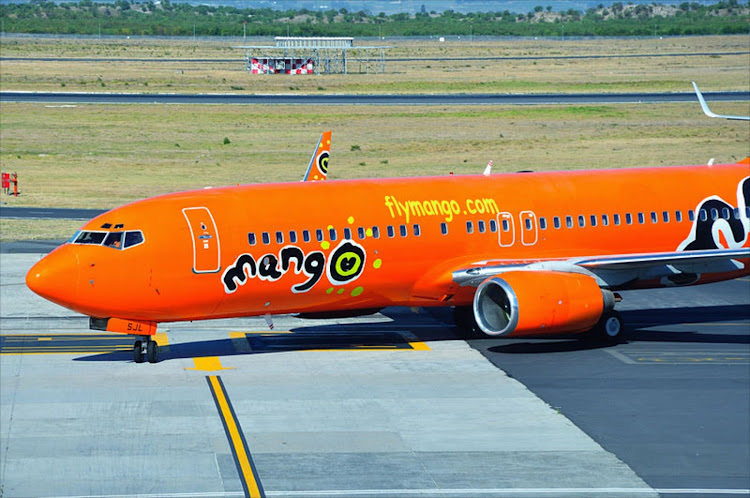 Mango is the subject of two opposing proposed business rescue processes, one led by the carrier’s unions and the other by its board and parent company SAA. File photo.
Image: wikimedia commons

The Companies and Intellectual Property Commission (CIPC) on Tuesday agreed to grant low-cost airline Mango an extension to appoint a business rescue practitioner.

In virtual court proceedings in the high court in Johannesburg, CIPC representative Lucinda Steenkamp told the court the commission would grant the extension pending the outcome of a court application by unions to place the embattled budget airline in business rescue.

The application will be heard on an urgent basis on Friday. A ruling is expected next week.

Mango has found itself the subject of two opposing proposed business rescue processes, one led by the carrier’s unions and the other by its board and parent company SAA.

The National Union of Metalworkers of SA (Numsa), the South African Cabin Crew Association (Sacca) and the Mango Pilots’ Association (MPA) had filed an urgent application to have Mango placed in business rescue. They don’t believe SAA, Mango or the public enterprises department have any serious intention of saving the airline.

Global Airways is part of the Takatso Consortium, which is the department’s preferred strategic equity partner to take a 51% interest in SAA.

Contacted for comment, Takatso CEO Gidon Novick said the consortium was “in the midst of the due diligence process with SAA” and that “good progress is being made and the parties are working together”.

Last week SAA acting CEO Thomas Kgokolo confirmed Mango would go into business rescue and that SAA and Mango were finalising who would be appointed the business rescue practitioner.

He said Mango was still part of SAA’s domestic flying plans, while the department of public enterprises said last week it supported Mango entering business rescue because this was a better option than liquidation.

SAA counting down to relaunch

Hundreds of Mango ticket holders were left stranded at Joburg’s OR Tambo and Cape Town international airports on Tuesday, a day after the airline ...
News
11 months ago

Mango fate up in the air until it sees state money