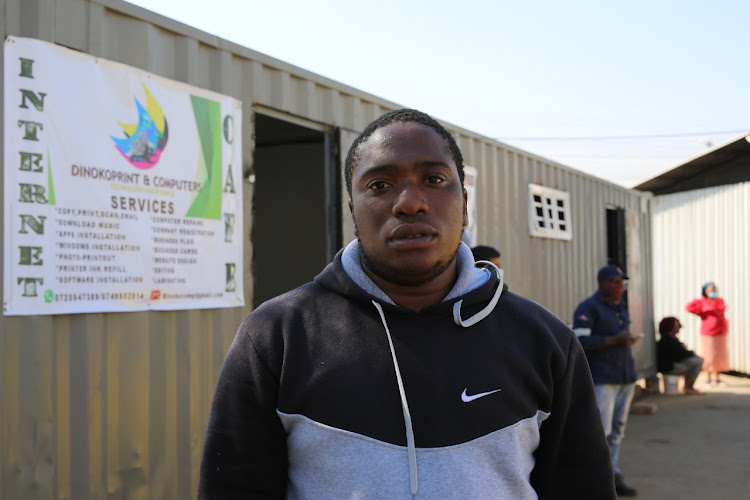 Masedi Malatji, founder of Dinoko printers and computers, says his losses including equipment total about R150,000, following the looting that happened in Thembisa in July.
Image: Thapelo Morebudi / The Sunday Times.

“It's very difficult, my accounts are now empty,” says Thembisa businessman Masedi Malatji, whose shop was looted during last month's wave of unrest.

On Thursday, MPs in the portfolio committee on small business development together with the select committee on trade and industry, economic development, employment and labour visited affected malls in Gauteng to assess the damage to businesses.

26-year-old Malatji, who has been operating a printing and computer business since 2018, said his losses amounted to more than R150,000.

“It was during the night, around 8pm, I received a call from another business partner ... I went to the shop to try to protect it, but when I got here I found that my shop was already looted,” he told TimesLIVE.

“They even burnt the shop, they took everything ... I have to start from scratch.

“There were many people. They looted Cambridge [shopping centre in Mayibuye] for four days. There were no police around to stop that,” he said.

“We have lost so much, we would like to get assistance as soon as possible.”

Chairperson of the Khomanani business association Witter Malatji said the looting had a huge impact on small businesses, including the informal ones.

He said business owners had to start from fresh.

“What happened here was a surprise. We didn't think the small businesses were going to be affected too.” 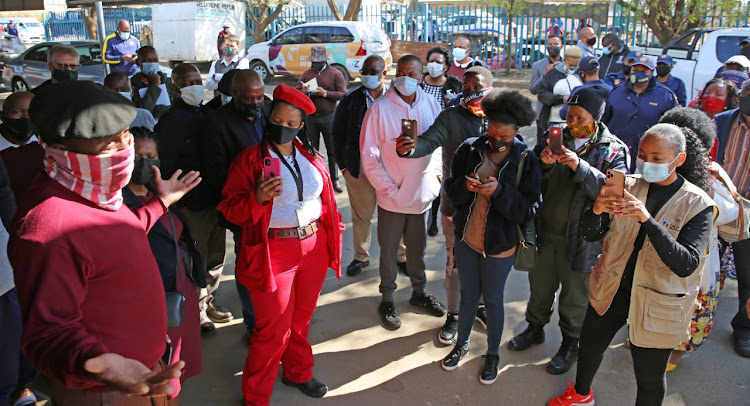 “When they came here, they broke everything.

“They even took from the women who were selling outside. Right now we are just trying to come here to see what we can do to work. I have nothing now,” he said.

Moreblessed Dlamini, its head of security, said the looting has strained the community.

“This is a big strain to the community of Thembisa and the neighbouring community. We are going through a difficult time.

“We have 54 shops in this mall, of those 54 shops only four were vacant.” Post the looting, with shops yet to reopen, “the employees are now out of work”, he said.

‘The tensions are so very close to the surface’: Tough choices for SA as insurrection smoke clears

Back to zero for uninsured migrant businesses caught in the looting

For the second time in two years, migrants in Johannesburg have witnessed the destruction of their enterprises. Many don’t know if they can pick up ...
News
9 months ago

"How can responsible communities take food out of the mouths of very vulnerable young ones?"
News
9 months ago