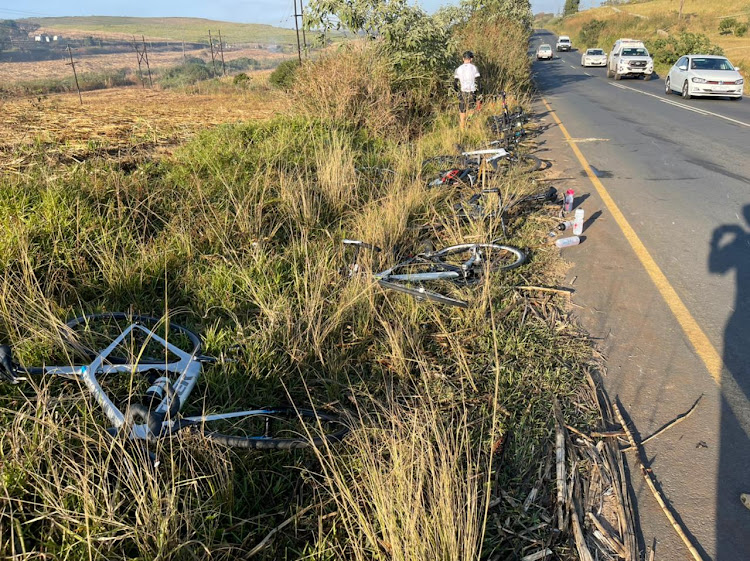 A young cyclist was killed on the R102 Frasers in Tongaat in the north coast of KwaZulu-Natal on August 7 2021.
Image: IPSS

A young cyclist was killed on the R102 Frasers road in Tongaat on the north coast of KwaZulu-Natal on Saturday morning.

According to IPSS Medical Rescue, a vehicle was overtaking several cars on a blind rise when it struck a group of 11 cyclists.

According to Paul Herbst, IPSS ops manager, paramedics were greeted by a chaotic scene.

“A young cyclist was unfortunately pinned under the vehicle and dragged for several metres, where he remained trapped under the car,” he said.

“IPSS advanced life support paramedics and rescue crews worked to free the boy. Unfortunately he had sustained multiple injuries and was declared dead on scene.”

ikile Mbalula says his department has engaged scores of motorists and pedestrians on the importance of road safety during the festive season.
News
1 year ago