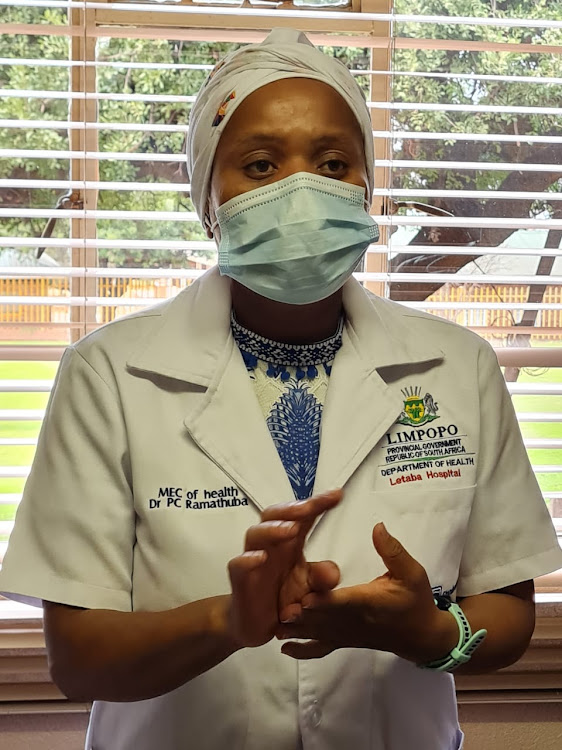 Limpopo health MEC Dr Phophi Ramathuba says what best describes her life and success is “who raised her”: her parents.

“When you see us in the streets, we are a reflection of who we are and where we come from. I need to appreciate that I am who I am because of my father. He is late now but I owe him everything, because if it wasn’t for my father’s vision, there wouldn’t have been a strong family,” she told TimesLIVE.

“My father’s foundation was education, he was education himself. The village used to call him ‘Teacher’. That is why all of us are educated. I started school where my father used to be a principal. All his children went to the same school.”

Ramathuba grew up in Mashamba village in Limpopo. Her mother didn’t even have a standard six when she was born. But her mother then went back to school before getting a diploma and two degrees.

“My mother used to be a joke in the village that a wife with four children is going to school from form 1, but she went until she finished without caring what people were saying. When I was sick, my mother used to stay at home and nurse me and the next day she would get punishment at school because she didn’t attend.”

She said she learnt hard work from her late father and acquired some of her greatest lessons from him.

“When I was a doctor and managing a hospital when I had my first child, my father asked me, did you have a child at a private hospital?’ I said yes. He said, 'Why? Because you are running a hospital, so you should have your child in your own hospital if you want us to trust your system.'”

Ramathuba's mantra is: “Trust your own system. Make sure that your system works for you. If it doesn’t work for you, it can never work for anybody.

“That’s one powerful lesson that I learnt from my father, even during my upbringing. Now those words continue to ring in whatever that I am doing.

“I learnt from my father that the 'poison' [negativity] you are giving to other children as a school principal is a 'poison' he was giving to his children — meaning he would never give any learner 'poison'. I think that if all leaders were to approach life in that way, we are going to go far,” she said.

Ramathuba said her father passed on two weeks before she was appointed as MEC in 2015. “Whatever I do, I feel like why would God take him before he could see me [in this role]? So that’s the pain. He was the one who was supposed to look down and say, ‘This is my girl, she listened to me, I guided her and here she is.'”

She said what comforts her now is that she has gained a very powerful angel in her father.

“I think he probably died for a purpose. After I was appointed, while I was angry at God for taking him away, at the same time I felt that God made him an angel to guide me in this difficult portfolio. I can tell you he has been my angel. So if you ask how I make it, it’s because I still have my angel guiding me.”

'I was defended by a man, not by a woman': On her career goals

Her philosophy, she said, is that a woman’s success is not defined by marriage.

“Our society wants to define women based on how successful their marriages are. And every girl child thinks, 'I am incomplete until I get married and have children.' And what do they do? A girl child becomes a doctor, becomes a nurse, but still thinks she is incomplete and needs a husband.

“When I had my first child, I wasn’t married. My mother asked me when I was getting married after I got my degree and my father defended me.”

She recounted how he used to say “her husband is a degree”.

“And when I got my master’s degree, he said, 'Here is another degree, another husband. So [why] do you want her to have so many husbands? Those two degrees which are her husbands are fine.'

When Ramathuba arrives on the ground for inspections, she rolls up her sleeves and starts working alongside her team.

“When you are leading people and especially when you are a politician, you have to be there for your people. The core people that I have are my patients and even those who are not yet patients. My job is to make sure that people are healthy, therefore, I must focus on those healthy ones to keep them healthy. To achieve that, I need healthcare workers and this is my second category of people.

“When you are sitting in your office and you continue to issue memos and all communications without them seeing you, what are you trying to tell them?

“I do not go out because I do not trust my team, I trust them very well. But I think being there with them is supporting them and so they feel that they are not alone.

“In some facilities, when I go into the Covid-19 ward, I was told that CEOs have never set foot in those wards — you know what that does to nurses and doctors working in those wards?”

On her management style

Ramathuba said she is fortunate to be in a portfolio she loves and has first-hand experience in.

When you have a strong support system you always survive. My staff, my hospital, doctors, nurses and healthcare workers are my support system and that is why it’s very difficult to break me.

“Maybe the fortunate thing is that I am deployed in a sector that is my sector. I love this sector, I am passionate about the sector so at least I know what to do. When I get to the hospital, I know the hospital in and out. I have run a hospital myself,” she said.

A positive work culture is essential.

“You don’t sit and become a dictator in your office and think you know it all — you are not going to win.”

The biggest challenge she has faced is dealing with the Covid-19 pandemic.

“It has been difficult,” she acknowledged.

Ramathuba said the first hurdle was when the province was tasked with accommodating students returning from Wuhan, China, at a time when SA had no cases of Covid-19.

“We were reading about it in China, it was about a theory of this scary virus. We know that the WHO declared it as a deadly pandemic — now when you have got that and the president comes and say we must evacuate our students in Wuhan to come to SA and the only airport they will land in is in Polokwane.

“When you are given that kind of responsibility ... you have also been a doctor but you have never studied this kind of virus, there is no textbook to refer to, there is no professor to call and advise you, you are on your own.”

The poor network connectivity in Limpopo was her next challenge, when the vaccination rollout required electronic registrations. 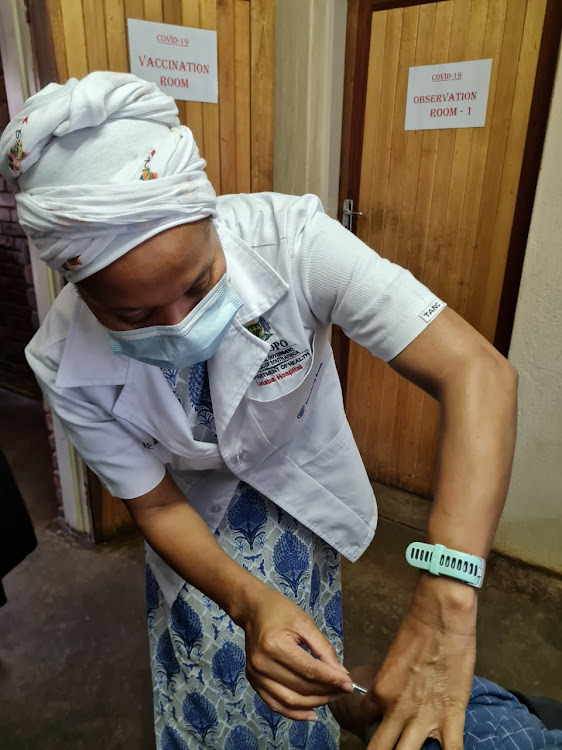 Her learnings from this? “It means I must think outside the box.”

Limpopo is credited with a precedent-setting rollout for other provinces, with door-to-door visits and vaccine sites at shopping centres and rural areas helping it achieve early successes in the percentage of adults inoculated.

Ramathuba feels she has emerged stronger from the crash-course in dealing with a contagious pandemic.

“On that day they came and left those students and they all disappeared. I was left alone at the airport and had to welcome the people.

“I was scared — I am also a human being. What if these people can test positive the following day? What if they get sick? There is no case of corona in the country. Am I going to be the first hospital to treat corona? Those things. If I did not crash at that time, I will never crash.”

On how she coped, Ramathuba said: “I sat down with my team and I said, 'We are made out of steel.'

“I can tell you, implementing it at that time, when we had so much pressure ... We did it, we developed our own strategy. Having to look after those people made us much stronger because it helped us to prepare our hospitals, but also it helped us to understand how this virus behaves. Before they were released they were tested and were negative.

“When we had our first cases, a person tested positive in Gauteng and left to come to the province. I received a lot of backlash as to why I am quarantining the person. It was because I learnt how the Chinese people were defeating the virus.

“Sometimes when they give you challenges, they are making you smarter and much stronger.

“Psychologically I was prepared for the worst and when you have a strong support system you always survive. My staff, my hospital, doctors, nurses and healthcare workers are my support system and that is why it’s very difficult to break me. But you could have broken me at that time.”

The J&J Covid-19 vaccine protects people against dying if they get infected with the Delta variant.
News
5 months ago

Freda Staebler has seen patients die, daily. But those nursed back to good health, who get to go home, bring a sense of joy.
News
5 months ago

Three months ago, SA’s vaccination drive looked headed for disaster. After a slow start, the rollout has reached about 230,00 people a day, Business ...
News
6 months ago