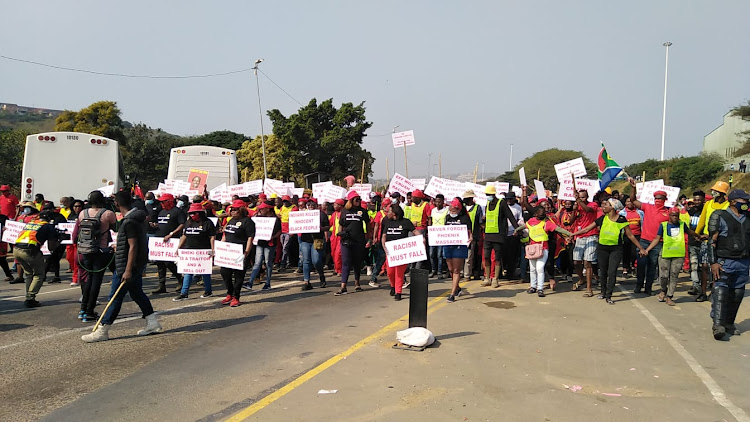 An EFF march in Phoenix two weeks ago which called for justice to prevail against those guilty of killing more than 35 people during recent civil unrest. File photo.
Image: Mlu Mdletshe

Three Phoenix men who face murder charges after civil unrest in parts of KwaZulu-Natal last month have abandoned their application for bail.

Brothers Dylan and Ned Govender and Jeetendra Jaikissoon, who all face one count of murder, appeared in the Verulam magistrate's court on Thursday. Dylan faces an additional attempted murder charge.

Provincial NPA spokesperson Natasha Kara confirmed that the three men, who have been appearing in connection with the murder and attempted murder charges, abandoned their application for bail.

She said the men advised the court, via their legal representative, of the change.

The matter was postponed to next month for further investigation.

Police minister Bheki Cele on Sunday said the police were making headway in their investigation into the Phoenix massacre with 31 people having been ...
News
10 months ago

A police task team member assigned to investigate civil unrest, violence and deaths in Phoenix revealed in the Verulam magistrate’s court on Tuesday ...
News
10 months ago