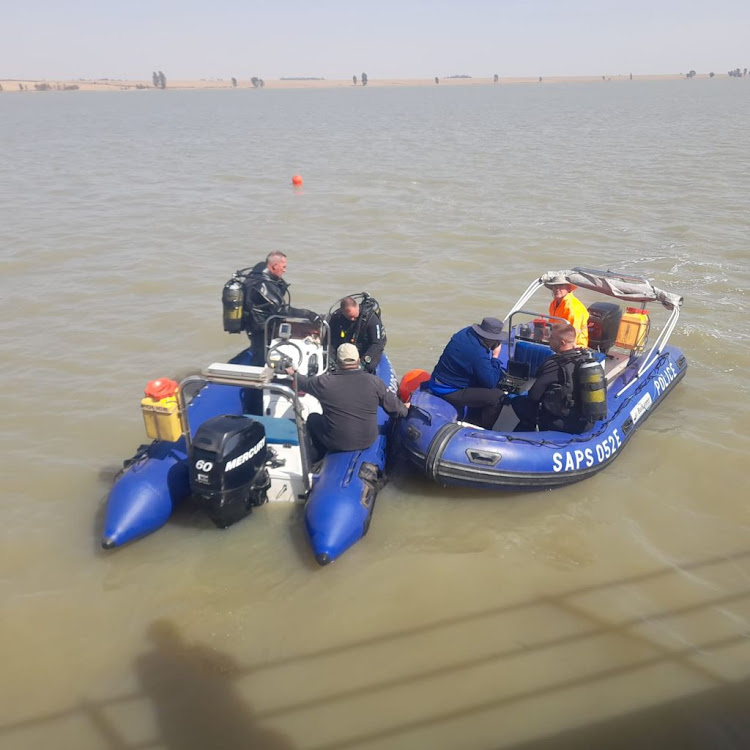 The men were identified as Lucky Hlapo, 20, and Thugela Mnguni, 34.
Image: Saps

The bodies of two men were retrieved from the Vaal Dam in Oranjeville in the Free State this week, police said.

Police spokesperson Brig Motantsi Makhele said divers were called to the scene after a report was received that a car had crashed into the steel barriers of the bridge and fallen into the water.

The first body was retrieved on Tuesday afternoon. A few hours later, the second body was recovered , Makhele said.

The men were identified as Lucky Hlapo, 20, and Thugela Mnguni, 34.

The search for a third man, who allegedly drowned, is continuing in Oranjeville, he said.

“According to police divers, the location of the submerged motor vehicle has been spotted. Assistance of a towing service is awaited to retrieve the motor vehicle,” Makhele said.

A culpable homicide case has been opened.

The 39-year-old woman who was found dead in her car in Hartebeespoort Dam on Saturday morning has been identified as Josina Matsepa from Centurion.
News
1 year ago

A 22-year-old man drowned at Herolds Bay on the Western Cape Garden Route at the weekend.
News
1 year ago

Police search and rescue teams have located the bodies of three fishermen who drowned after a hippo attacked and capsized their raft at Jozini Dam in ...
News
1 year ago