'She left us for work and had to come out in a plastic bag': Family of murdered warden wants answers 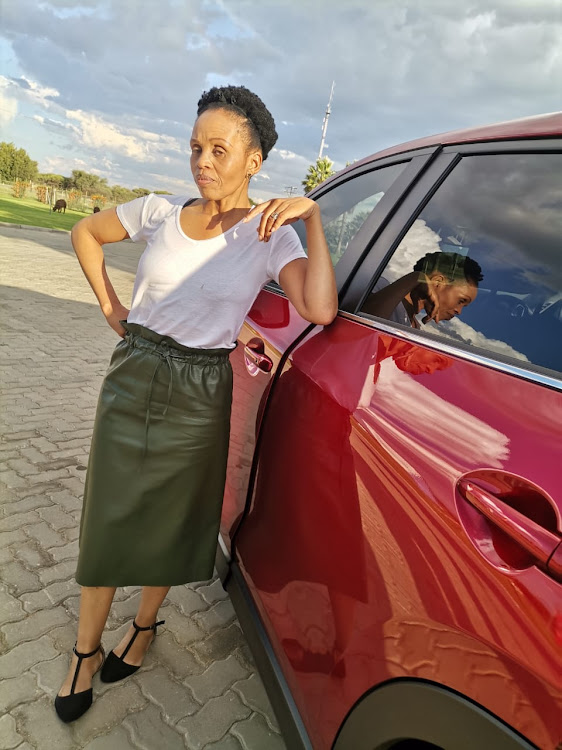 Prison warden Eunice Moloko, 50, was found dead at Leeuwkop Correctional Centre on Tuesday night by her husband and brother-in-law after they had searched for hours.
Image: Supplied: Family

“She left us going to work and she had to come out of her office in a plastic bag.”

The family of murdered department of correctional services (DCS) warden Eunice Moloko, 50, have described how they found her dead inside her office in the Leeuwkop prison facility in Johannesburg on Tuesday night.

“For 13 hours our sister was lying there helplessly, until my brother came personally,” said George Moloko, Eunice's brother-in-law.

George said his brother, Tebogo Moloko, who works in the same facility but in a different section, had to force his way into the Unit A Covid-19 isolation site to search for his wife.

“He moved cell by cell, as empty as they were, making sure that they look for his wife, from past 7pm up to midnight. That’s when my brother realised that something was wrong. Even her phone was off. Imagine the trauma,” he said.

Eunice was allegedly strangled and raped. Her body was found lying inside a toilet located inside her office.

Her husband had dropped her off as usual to report for duty in the morning, at about 6.30am.

“At around 7am she administered the books. [At] 9am she reported everything on the journal. 10am, 11am, midday ... no-one knows what happened because vaccination was happening at a hospital site,” said George.

He said Eunice's “last seen” timestamp on messaging service WhatsApp was at about 12.30pm, and no-one knew what happened after that.

He said Tebogo had knocked off from his shift at the prison's Medium C section at 4pm and, “as always”, went to pick up Eunice.

“She was supposed to be standing outside waiting for him to pick her up so that they can go home but she was nowhere to be found,” he said.

George said his brother drove back to their Centurion home under the impression that it was some kind of a prank from their children, but he still couldn't find her. He then went back to the prison at about 7pm.

After searching for hours, George said his brother had to go through a window into the office where Moloko’s body was found.

“The office has a toilet inside. He found his wife lying there with her jacket covering her face. A bag was put on top of her,” he said.

Urgent investigations are under way after the discovery at the facility's Covid-19 isolation site.
News
10 months ago

George said the family had so many questions they needed answers to. This included why she wasn't relieved from her job at any point during the day, not even for lunch, and why a woman was stationed alone, seemingly without protection.

“We have become more vulnerable, like we have never been before. No-one even came to check [on] her. It has never happened before that you go to work and even your supervisor doesn’t even come to visit your area,” George said.

He said that although they are still waiting for the postmortem, they were informed that a suspect has been interrogated.

“It’s a serial rapist,” he alleged. “How the serial rapist managed to get out of the centre, where he was supposed to be locked, to that other section, we also don’t know.”

Gauteng police spokesperson Capt Kay Makhubele confirmed that an inquest docket has been opened. No arrests had been made, he said on Friday. 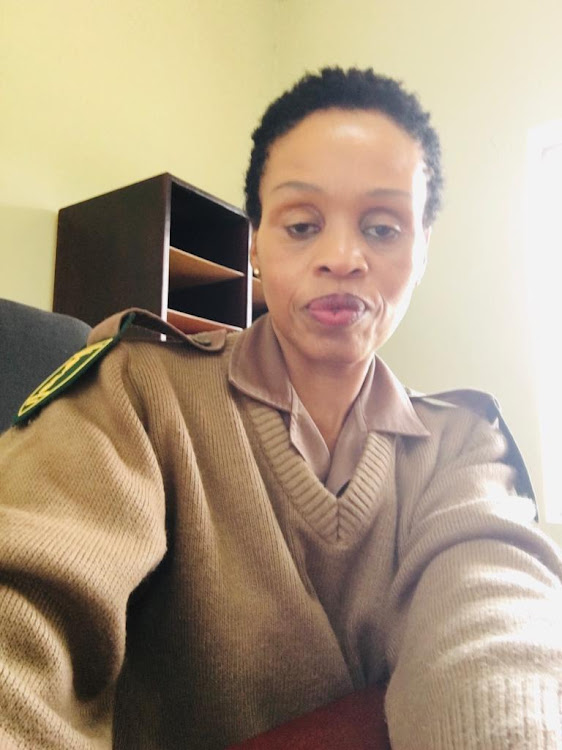 Eunice Moloko's body was found in an office toilet in the Leeuwkop prison facility in Johannesburg, her face covered with her work jacket.
Image: Supplied: Family

The Police and Prisons Civil Rights Union (Popcru) said there should be some form of accountability for Eunice's death.

The union is calling for the immediate suspension of the acting area commissioner, the head of prison, and the security manager.

Mamabolo said the best thing that could be done now was to ensure that Eunice's family got to know the truth, and that justice was served.

Approached for comment, correctional services spokesperson Singabakho Nxumalo said the department would not be commenting further than the statement it issued in relation to the incident.

TimesLIVE asked about the claims that a suspect had been identified.

“For now we will limit our response to the statement that we issued, because we don’t want to say anything before we know what really happened there. We are still awaiting the preliminary investigation outcomes. We don’t know whether that is a fact or a statement that people picked up from other sources,” said Nxumalo.

In its initial statement, the department confirmed that Eunice's body was “discovered on the floor with her jacket covered with blood.

“An investigation has been launched and it will be prioritised so as to ascertain the cause of death and bring perpetrators to book. This is a painfully disturbing incident. A case has already been opened with the SAPS.

“DCS is going all out and will ensure that this incident is probed to the fullest. We will not allow incidents that undermine security in our centres to prevail and harsh action will be taken against anyone involved,” the statement read.

We are expecting the DCS to be taking responsibility, to say this will be a state funeral because she died with her boots on representing the department.

Chairperson of parliament's justice and correctional services committee, Bulelani Magwanishe, has expressed shock and sadness over the incident.

“I would like to express my sincere condolences to her family, friends and the DCS family for your loss. I would like to appeal to the authorities to leave no stone unturned to find the perpetrator and to deal with him harshly.

“I will request the DCS for a full report on this matter from the centre management of Leeuwkop,” Magwanishe said.

Moloko leaves behind two daughters, ages 30 and 19, and her husband.

Describing his sister-in-law, George said: “Oh, what a jolly, ever-laughing, smiling person! Everybody at work is attesting [to her character] — that is why people become so emotional. She was always smiling, lovely. Even us, as her in-laws, we treated her as our own because of the way she is. Everybody used to say [she was] this sweet lady.”

George said funeral arrangements would be made after the postmortem was completed.

“We are expecting the DCS to be taking responsibility, to say this will be a state funeral because she died with her boots on representing the department,” he said.

He said the last conversation Eunice had with Tebogo was on WhatsApp, when they were arranging to take their last-born for a medical check-up.

“Little did they know that it was to be their last conversation.”

Dros rapist Nicholas Ninow has been charged for possession of a cellphone in Baviaanspoort prison where he is serving a life sentence.
News
10 months ago

‘If only they had just killed them’: shock after ‘dedicated’ cops burnt to death

Two female correctional service officials have been dismissed after investigations into an explicit video which went viral last month showing one of ...
News
1 year ago