What you said: It was 'all amnesia & giggles' as Ramaphosa fails to impress at state capture inquiry 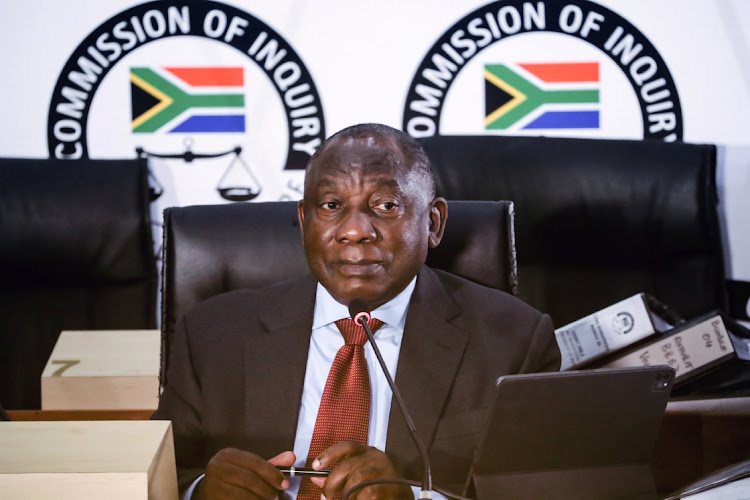 President Cyril Ramaphosa's testimony before the commission of inquiry into state capture this week left many underwhelmed and others frustrated.

Ramaphosa appeared at the commission on Wednesday and Thursday where he answered about events that took place while he was deputy president of the country.

His testimony touched on Transnet-related evidence, capture of the state security agency, the involvement of the Guptas in the executive and the alleged complicity of government officials in state capture.

The president denied that a lack of action by government leaders who stood against the state capture faction could be seen as complicity.

However his testimony failed to impress readers, with 46% saying it was nothing more than “amnesia and giggles”.

Twenty-seven percent said he was telling his truth at the commission, while the same percentage said they did not watch his testimony.

On social media, readers criticised the president for not giving honest and straight forward answers to the questions placed before him.

Sydney Lebea claimed the president knows “how to fool the masses” and said he spoke “like he was a spectator during Zuma's tenure, but he was a deputy”. Golden Gondwe said the president was at the commission “just to defend himself as a millionaire”.

“All he did was confirm that yes the state was captured by Guptas and he did nothing to fight it. Now he is cleaning the country. Thank you, Ramaphosa,” said Sgen Jason Ndumndum sarcastically.

Ntsundeni Tshitari Munyai said Ramaphosa was “was tied and wanted to go, because there’s nothing serious there. [the commission]”

Please don't ask questions cause he doesn't remember and he doesn't know. pic.twitter.com/VznGNAD1Es

@PresidencyZA if you want the nation to trust your integrity and credibility please just give straight and honest answers. Our country needs the truth and credible leadership if we are to clean up, learn and grow together stronger from the errors made

That testimony was to protect him, not really giving much information

Let's pray for our president.

Listening to President Ramaphosa explaining strategic "watchers" during the 9 years of mayhem and destruction crafted by president Zuma: EVIL THRIVES WHEN "GOOD" PEOPLE DO NOTHING. #StateCaptureCommission

After finding out about corruption, Cyril Ramaphosa said he was then left with several options including resigning from the executive. The president ...
Politics
9 months ago

WATCH | ‘We were not complicit’: Ramaphosa on corruption, the ANC & Guptas at state capture commission

President Cyril Ramaphosa continued his cross-examination before the state capture commission on Thursday.
Politics
9 months ago

President Cyril Ramaphosa tells Zondo commission he had five options but only one was viable.
Politics
9 months ago

President Cyril Ramaphosa proposed to then president Jacob Zuma in 2015 that Brian Molefe was the perfect person to lead Eskom.
Politics
9 months ago