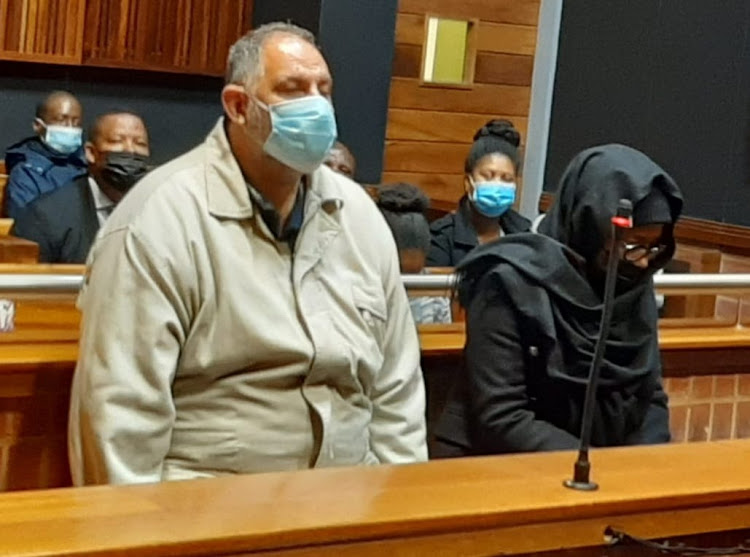 Michael Sass, CFO at the National Laboratories Services, and Felicia Sekete, a director of Feliham, have appeared in court on PPE tender fraud allegations.
Image: SUPPLIED/HAWKS

The CFO at the National Health Laboratory Service and a company director appeared in court on alleged personal protective equipment (PPE) tender fraud amounting to more than R14m.

Michael Sass, 57, the CFO at the NHLS and Felicia Sekete, 32, director at Feliham, appeared at the specialised commercial crimes court sitting in the Palm Ridge magistrate's court on Monday. They face charges of contravening the Public Finance Management Act and of fraud.

“Sekete and Sass were appearing on charges relating to the multimillion-rand personal protective equipment tender at the National Health Laboratories Services. The pair were arrested on [Sunday] by the serious corruption investigation unit of the Hawks,” said Hawks spokesperson Col Katlego Mohale.

The two were granted R20,000 bail each and the natter was postponed to October 21 for further investigations.

The Hawks have arrested two suspects for alleged PPE tender fraud amounting to more than R14m.
News
3 months ago

The SIU has welcomed the prosecution of Eastern Cape health department messenger Ayanda Matinise on charges relating to a PPE tender worth more than ...
News
4 months ago

The Special Investigating Unit still has to recover R14m from Ledla Structural, money which was irregularly awarded through a R139m personal ...
Politics
9 months ago