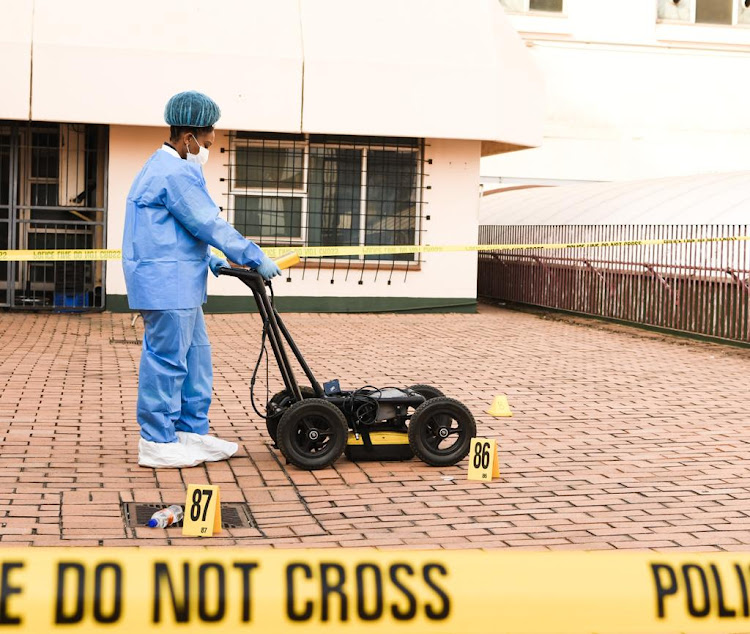 A forensic artist whose skills helped end a serial rapist’s reign of terror, a K9 narcotics handler help bust a Brazilian drug mule found with cocaine worth R2.7m and a crime scene expert whose meticulous work has helped put violent offenders behind bars for good.

What do all these trailblazers have in common? They are part of a group of 15 female officers the police service is honouring throughout August, Women’s Month, for “pushing through misperceptions and gender expectation to create a voice for themselves in a male-dominated environment”.

Police spokesperson Col Athlenda Mathe said shining a spotlight on the officers’ work was aimed at “profiling the different expertise within the police service and motivating our female members to do more”.

“It is also about educating the nation by showing it doesn’t end at the police station. There are experts behind the successes which the public see,” she told TimesLIVE.

Meet four of the extraordinary police officers pushing the envelope within their respective fields. 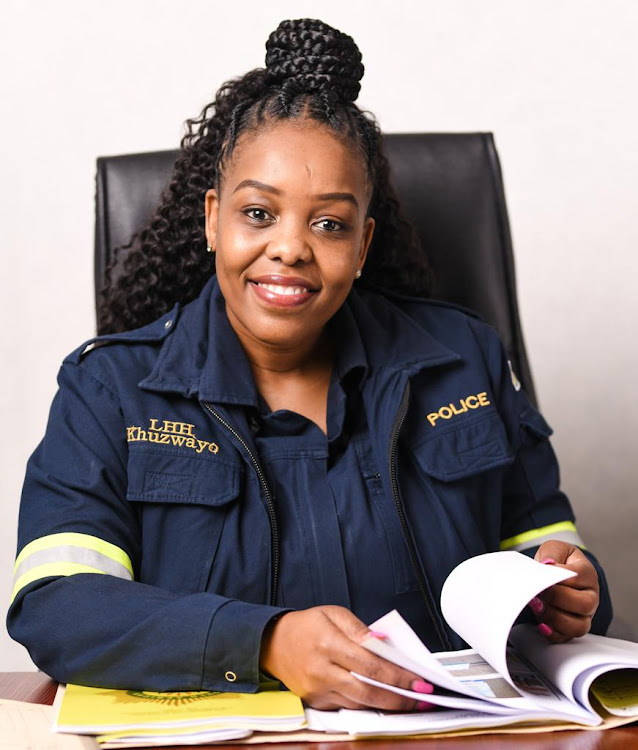 She has been a member of the police service for 16 years and is one of the service’s 387 female crime scene experts.

“Crime scene experts also reconstruct crime scenes and examine forensic evidence to link perpetrators to the incidents. Such evidence is collected and taken to the forensic science laboratories for further analysis,” said Mathe.

Khuzwayo has helped to secure convictions for some of society’s most hardened prisoners, something she relishes as it helps ensure justice for victims of crime.

She said her line of work “requires a dedicated, bold and determined person to perform such duties with ease and professionalism”. 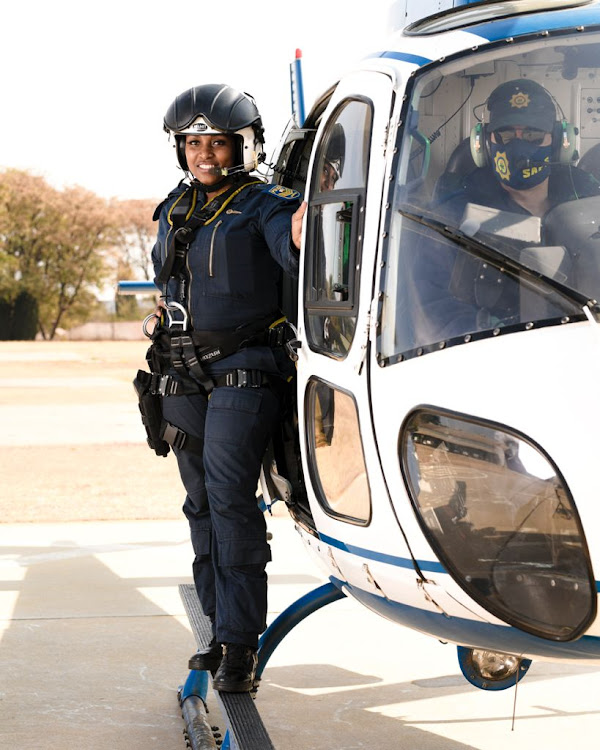 Sgt Kabini, 34, is an airborne law enforcement officer (Aleo) and among 10 women in the elite squad.

Her role includes providing air support for specialised teams, such as the Special Task Force and Tactical Response Team, on the ground and conducting search and rescue operations, said Mathe.

The officer has 12 years’ experience in the police service,  having joined at the tender age of 22, and said to make it as an Aleo, “one ought to possess a number of personality and characteristic traits”.

“I love everything about my work. I don’t get intimidated by my male counterparts because everything they do I can execute equally.” 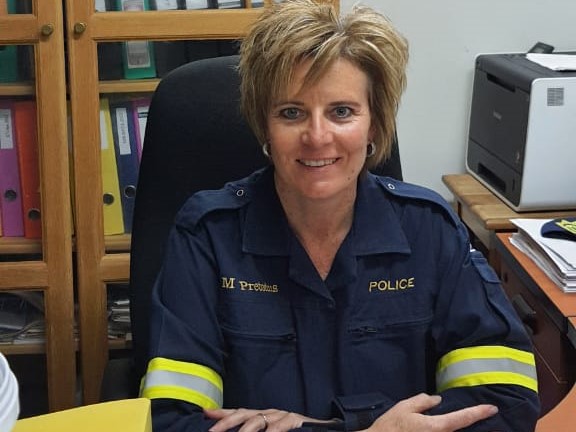 A facial identification analyst or forensic artist is trained to apply and combine interviewing skills with artistic ability to create a facial composition, said Mathe.

As an analyst, Pretorius is “responsible for interviewing victims of crime, especially when there is no forensic evidence available to enable analysts to compile the face of an unknown suspect. This with the aim of successfully placing the suspect at a crime scene”.

She is one of 20 female analysts in the police service.

Pretorius has helped nab and convict suspects linked to violent crimes, most recently an Ekurhuleni serial rapist whose nine-year reign of terror came to an end in April when he was arrested on a single rape charge, but was later positively linked to 60 rape cases through DNA. 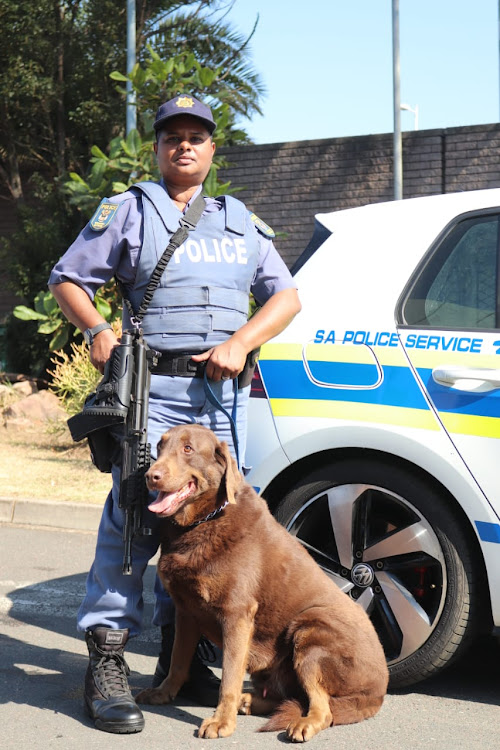 Warrant officer Ellis is one of the K9 unit’s 147 female handlers.

She has been a police officer for 23 years after joining the service as a reservist back in 1993.

After qualifying as an officer five years later, Ellis rose through the ranks to her current position with the Durban K9 unit.

“As a K9 narcotics handler, Ellis uses the skills of her furry friend to assist in the execution of certain duties, including drug detection and location of cocaine, heroin, Mandrax, ecstasy, dagga and crystal meth,” Mathe said.

One of the highlights of Ellis’ career was a multimillion-rand drug bust at the King Shaka Airport in 2010.

A woman was bust with cocaine worth R2.7m wrapped around her body while collecting her luggage after a flight. She was later deported to Brazil, where she was wanted as a drug mule.

Half of Western Cape's new law enforcement officers are women

Women make up almost half of the Western Cape’s new Law Enforcement Advancement Plan (Leap) officers being sent into some of the country's most ...
News
10 months ago

Ending rapist's reign of terror was personal mission for detective

'I do this job to make our streets safer,' said Sgt Catherine Tladi.
News
1 year ago

Too many generals and too few boots on the ground hampers SAPS' ability to fight crime: Tina Joemat-Pettersson