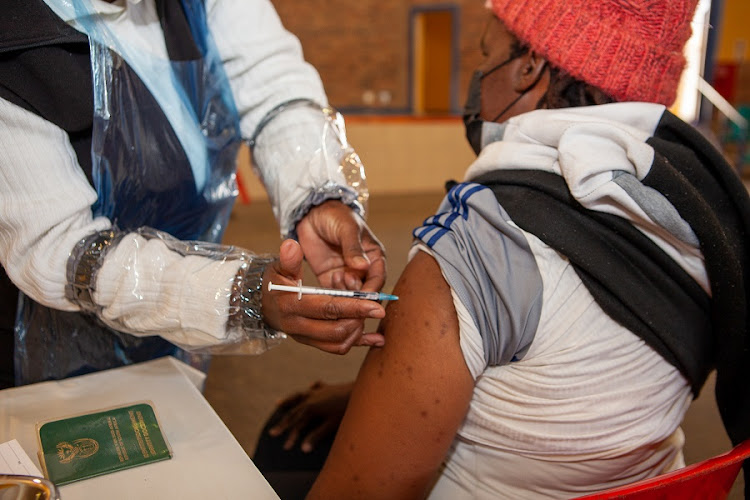 The NICD's Prof Adrian Puren said statistics showed there was a decrease in the number of new daily cases and a smaller percent testing positive. However, some provinces were still a worry.
Image: Gallo Images/Papi Morake

The Western Cape appears to be showing “early signs” that it has reached the peak of its third wave of Covid-19 infections, an expert said on Wednesday, but there were still concerns over rising cases in four other provinces.

The National Institute for Communicable Diseases said on Wednesday that there were 14,728 new Covid-19 cases identified in SA in the past 24 hours, along with 384 coronavirus related deaths.

The NICD's acting executive director, Prof Adrian Puren, said statistics showed there was “a decrease in the number of new daily cases and percent testing positive”, but that some provinces were still a worry.

“The Eastern Cape, KwaZulu-Natal and Western Cape still appear to be on the upward slope of the third wave, though the Western Cape is showing early signs of reaching the peak of their third wave. Whereas the Free State and Northern Cape provinces continue to see a steady number of new cases,” said Puren.

In some positive news, however, there were “sustained decreases in case numbers” in Gauteng, Limpopo, North West and Mpumalanga.

According to the latest NICD data, the newly identified cases bring to 2,638,981 the cumulative number of Covid-19 infections recorded across SA since the outbreak of the virus in March 2020. There have been 78,377 recorded fatalities to date.

The NICD said that there was an increase of 575 hospital admissions in the past 24 hours, meaning that 13,929 people are being treated for Covid-19 related illnesses in the country's hospitals.

For the first time since the start of the third wave of the virus, Gauteng is not among the top three hardest-hit provinces.
News
3 months ago

SA recorded 553 new Covid-19 related deaths in the past 24 hours, taking the total number of fatalities to date to just under 78,000.
News
3 months ago

Younger people and white adults are SA's most vaccine-hesitant groups, but overall vaccine acceptance is now at 72%, according to research conducted ...
News
3 months ago