Pupils linked to torching of exam hall at Glenvista High 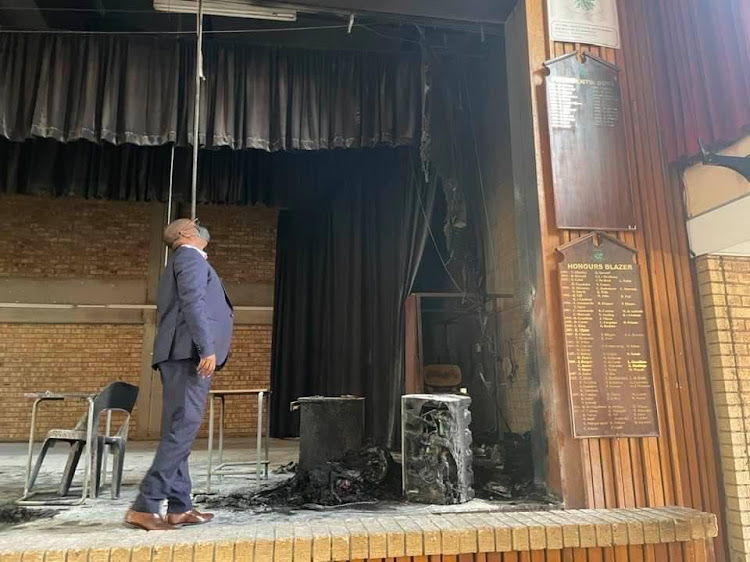 The school hall was set alight on Monday, allegedly by pupils who did not want to write an exam.
Image: Twitter

Pupils linked to the torching of a hall at Glenvista High, south of Johannesburg, have been identified.

“The SGB is investigating. It's about five to six pupils,” he said.

The school hall was set alight on Monday, allegedly by pupils who did not want to write an exam. The estimated cost of repairing the damage is about R400,000.

A parent who asked to remain anonymous said her daughter, who is in matric, had to endure writing the exam in the blazing sun and dusty wind.

“A gruelling four hours for two papers written! She is ... an impeccable student and was, like the majority of students, present in class when the fire started. This is ridiculous, people who don’t want a future messing with other people’s future. The fact that for three-and-a-half years the school has had an acting principal — they really have to get their act to together,” she said.

In response to education MEC Panyaza Lesufi saying the repair costs would not be covered by the government, the parent said: “He doesn’t even care. He just said the department won’t cover the costs, yet they want to act so supportive when children kill themselves.

“This is pressure for children. We are in a pandemic, they are hardly at school and now the hall is burnt down — and all he cares is flashing that he is not going to spend money.”

The concerned parent said the school needed a principal and to take discipline seriously.

What punishment should be given to those who set the school hall alight?

'Imagine burning your whole high school just because you don't want to write exams,' wrote one user.
News
9 months ago

Pupils from Glenvista High south of Johannesburg allegedly torched a part of the school hall, the Gauteng education department said on Tuesday.
News
9 months ago