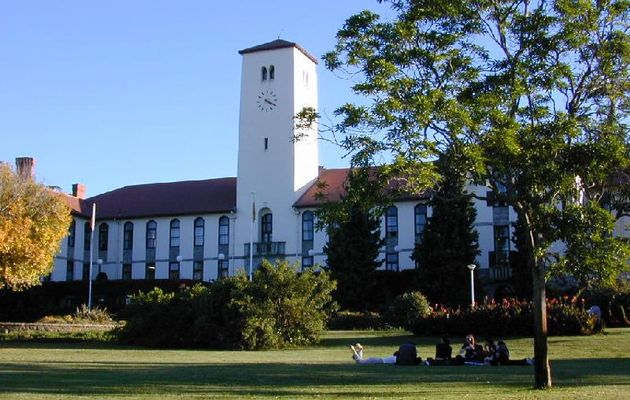 Rhodes University has collaborated with local and foreign universities in an effort to revive and preserve indigenous African languages.

The project is called “Baqonde” and is funded by the European Union. Its aim is to facilitate and promote the use of indigenous African languages as mediums of instruction at higher education institutions in SA, and advance the objectives of the Language Policy Framework for Public Higher Education Institutions.

The name Baqonde stands for “Boosting the use of African languages in education: A Qualified Organised National Development strategy for SA”.

The literal meaning of the word is “let [them] understand” in the Nguni languages.

Salamanca University in Spain, Trinity College Dublin in Ireland and University of Groningen in the Netherlands are the three European institutions taking part in the initiative.

Former deputy chief justice Dikgang Moseneke has donated a large portion of his personal library to the University of Pretoria.
News
9 months ago

Rhodes University’s African languages associate professor Dion Nkomo said since the project started at the beginning of the year, they had managed to invite interest from academics for collaboration.

Nkomo said as part of the project, Rhodes University would establish a Rhodes University African Languages Development Unit (RUALDU), which would contribute towards implementing the university’s language policy. He said training of academics and tutors in multilingual teaching methods would be top of the agenda.

The university, Nkomo said, had already initiated a process for the establishment of a centre for multilingualism.

“The funders have approved our equipment list and budget. We are in the process of procuring the relevant equipment which will enable the production of multilingual audio-visual and subtitled lectures and multilingual annotations on key readings available in PDF format and multilingual glossaries, in addition to the usual translation of teaching materials such as course outlines, readings and assessments,” said Nkomo.

Chief director of university policy and development support at the higher education department, Mahlubi Mabizela, said: “Undoubtedly, the Baqonde project, with its aim to facilitate and promote the use of indigenous African languages as mediums of instruction at higher education institutions in SA, advances the objectives of the Language Policy Framework for Public Higher Education Institutions.

“The Baqonde project is leading us towards the restoration of dignity and parity of esteem for our indigenous languages, and that is commendable. This is very encouraging and is the kind of enthusiastic response we hope can be emulated by other institutions.”

'Skin We Are In' is a landmark South African book for children (and grown-ups) on the subject of skin colour.
Ideas
9 months ago

Simon Sauls, who was one of only two surviving people who could speak the N|uu language in SA, has died.
News
11 months ago

Everything in the Jagger Reading Room was destroyed by the wildfire that spread to six University of Cape Town buildings on Sunday, UCT confirmed on ...
News
1 year ago