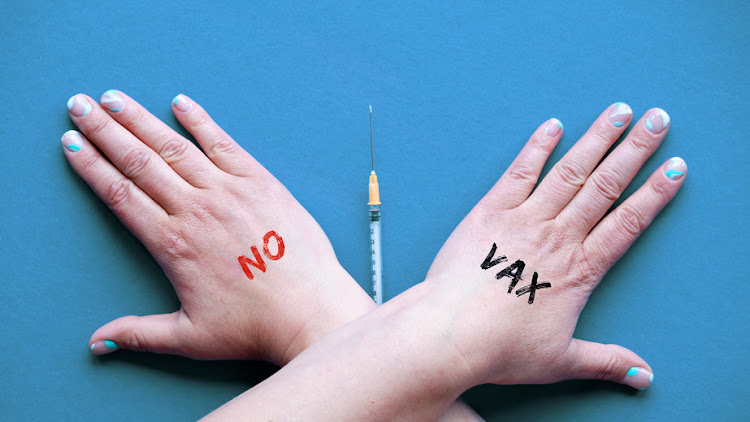 Younger people and white adults are SA's most vaccine-hesitant groups, but overall vaccine acceptance is now at 72%.

This is according to the latest round of a survey conducted by the University of Johannesburg (UJ) with the Human Sciences Research Council (HSRC).

The UJ/HSRC Covid-19 Democracy Survey was completed by 7,631 participants and was conducted in six languages, HSRC research trainee Ngqapheli Mchunu said on Wednesday.

The fourth round of the survey found that acceptance of Covid-19 vaccines has risen by five percentage points since results of the third round were published in January.

White adults were more likely than black Africans to have been vaccinated (16% compared to 10%), for a variety of reasons, according to a study by ...
News
9 months ago

Among white adults acceptance has dropped, whereas among black African adults it has risen and is far higher than among whites.

According to the researchers, “Vaccine acceptance declined among white adults from 56% to 52%, while it increased from 69% to 75% for black African adults. However, white adults were more likely than black Africans to have been vaccinated (16% compared to 10%).”

According to UJ’s Prof Kate Alexander, the finding of 72% vaccine acceptance is similar to the figures from the National Income Dynamics Study — Coronavirus Rapid Mobile Survey (Nids-Cram), which asked a similar question.

However, she added, findings by Afrobarometer (42% acceptance) are “misleading”.

“Seventy-two percent is positive news. There is an upward trend,” said Alexander. “But it falls a long way short of the government’s target of vaccinating 80% of adults. At the moment about 20% of adults have received one shot of the vaccine, so we face a considerable challenge.”

She said the “big gap” between “acceptance and actual vaccination” implies there is “a problem with access and delivery as well as hesitancy”.

Prof Carin Runciman, director of UJ's Centre for Social Change, explored the “self-reported explanations for vaccine acceptance and hesitancy” — in other words, how these were described by participants in their own words.

The most common explanation among white adults, at 60%, is a lack of belief in the vaccines’ effectiveness. Next was side-effects (52%), followed by distrust of vaccines or the government (19%) and a belief in alternative remedies (14%).

Among young hesitants, side-effects were the common reason cited for hesitancy (30%), followed by distrust at 21% and ineffectiveness at 18%.

Should TV shows carry messages about Covid-19 and the vaccines?

The 35-50 age group has turned out to be a vaccine-shy bunch, says ‘worried’ health department
News
9 months ago

Most readers said you "shouldn't be bribed to protect yourself and others".
News
9 months ago

POLL | Should the Covid-19 vaccine be mandatory?

More women are getting vaccinated than men, according to the health department.
News
9 months ago