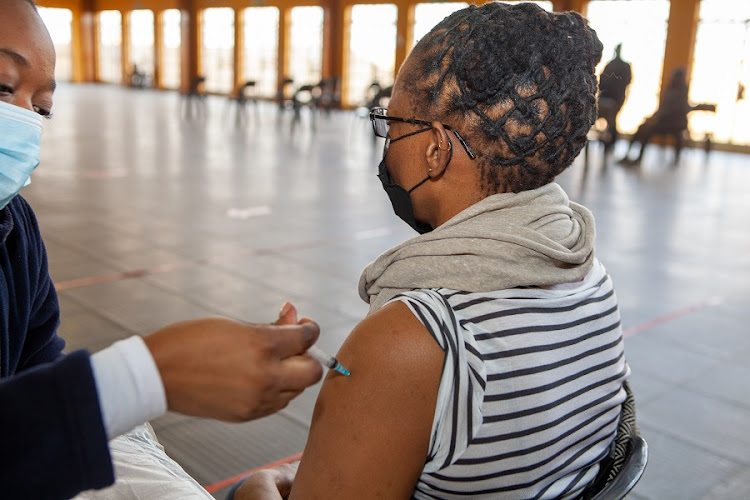 If you live in Joburg, Cape Town, Durban or other urban areas you are more likely to get the Pfizer vaccine.
Image: Gallo Images/Papi Morake

A third vaccine, CoronaVac, has been approved with conditions, but is not currently in circulation.

Health department spokesperson Popo Maja told TimesLIVE that each vaccination site is given one vaccine type, which will be given to all those go to that site for the jab.

He said the decision on which vaccines are distributed where is made at a national level, and depends on where you live.

“The Johnson & Johnson vaccine is used in rural and peri-urban areas. Pfizer is used in metropolitan areas because it requires ultracold fridges and it will be easy for people to come back for the second jab.”

Special groups, such as healthcare and front-line workers, police, teachers and correctional services inmates, are given the Johnson & Johnson vaccine, because it is a single dose.

A total of 9.7-million vaccines have been administered in the country over the past six months.

More than 2.17-million Johnson & Johnson vaccine doses have been given since the vaccine rollout started with healthcare workers in February. Nearly 500,000 of these were administered as part of the Sisonke programme for front-line workers.

More than 7.57-million Pfizer vaccine doses have been administered, with about 5.4-million first doses and 2.1-million second doses given.

The health department has set a target to vaccinate 40-million people in SA, or 67% of the population, to reach herd immunity.

Who can’t have the Covid-19 vaccine?

Currently, children under the age of 18 and people with a history of severe reactions to any component of the Covid-19 vaccine should not get the jab.
News
10 months ago

How do I know when I have recovered from Covid-19?

Patients who are asymptomatic can move out of isolation after the mandatory 10 days.
News
10 months ago

I have been vaccinated, how likely am I to be reinfected with Covid-19?

Unvaccinated people who previously had Covid-19 are more than twice as likely to be reinfected than people who were fully vaccinated after initially ...
News
10 months ago

I have just tested positive for Covid-19, how do I self-isolate safely?

Self-isolation after testing positive for Covid-19 remains a highly recommended and effective measure to help prevent or minimise chances of ...
News
10 months ago