Four arrested after robbery at jewellery store in Ekurhuleni 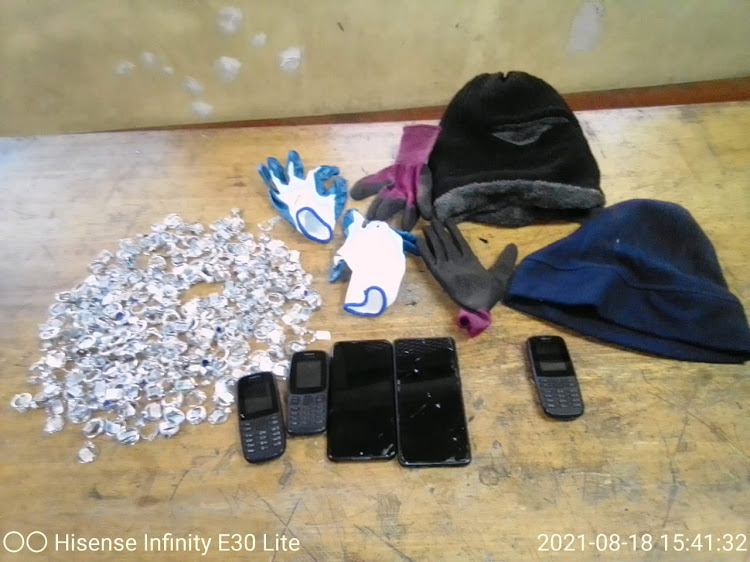 The men were found in possession of hand gloves, balaclavas, cell phones and jewellery with an estimated value of R100,000.
Image: Saps

Four men were arrested after a robbery at a jewellery store at a mall in Ekurhuleni on Wednesday, police said.

Police spokesperson Capt Mavela Masondo said 10 armed men stormed into the jewellery store and held up the employees and clients at gunpoint.

An alert was sent out to be on the lookout for the suspects who were travelling in three cars — a Ford Figo, silver Volkswagen Polo and a white Toyota Fortuner.

“Police officers, who were patrolling around Bertrams in Johannesburg, noticed men who looked suspicious and accosted them,” he said.

The men were found in possession of hand gloves, balaclavas, cellphones and jewellery with an estimated value of R100,000.

“Some of the jewellery was positively identified by the owner of the store as the items that were taken during a robbery in Ekurhuleni,” Masondo said.

Four suspects aged between 29 and 39 were arrested.

A manhunt has been launched for six more suspects.

An investigation into the theft of a luxury watch from a house in Hout Bay led Western Cape police to precious gems and stolen watches in pawn shops ...
News
4 months ago

A security guard and staff were held at gunpoint when armed robbers raided a jewellery store at Gateway Theatre of Shopping, north of Durban, on ...
News
5 months ago