'I couldn't find the children in the burning house,' says mom of toddler who burnt to death in house fire 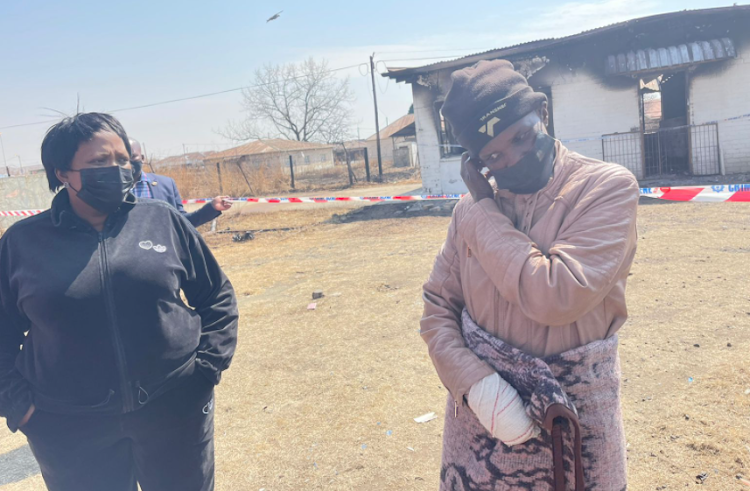 Nozipho Rhadebe stands alongside Mpumalanga premier Refilwe Mtsweni-Tsipane in front of the house where her two-year-old daughter and another child burnt to death.
Image: Supplied

The mother of one of two toddlers who burnt to death in a blaze in Amersfoort in Mpumalanga on Tuesday night has explained how she tried to get three children out of the burning house.

In the end, Nozipho Rhadebe managed to save only the two-year-old son of her housemate. The little boy’s twin sister and Rhadebe’s two-year-old daughter perished in  the flames.

“I had gone to buy chips for the children and on my way back, I just saw a ball of flames,” said Rhadebe.

Two children died in a house fire in Mpumalanga after their guardian allegedly left them alone with a burning candle and went to the shop.
News
10 months ago

“I tried to open the door and found that it was locked. That was when I broke a window and managed to get into the house through the bathroom window. I only managed to find one of the children. The others I could not find in the burning house,” Rhadebe said.

“I got injured on my hand [from breaking the window] and I also sustained some burns in the fire,” the grieving mom said softly, her right hand covered in a large white bandage.

Rhadebe had left the children in the care of another woman they were living with. According to police, the caregiver had locked the door and headed to a shop, leaving a burning candle in the house.

The house does not have electricity.

The caregiver who locked the door and left the children unattended has been arrested and charged with child neglect.

She said while it was believed that the burning candle may have tipped over, the blaze was worsened by gas bottles which were in the house. 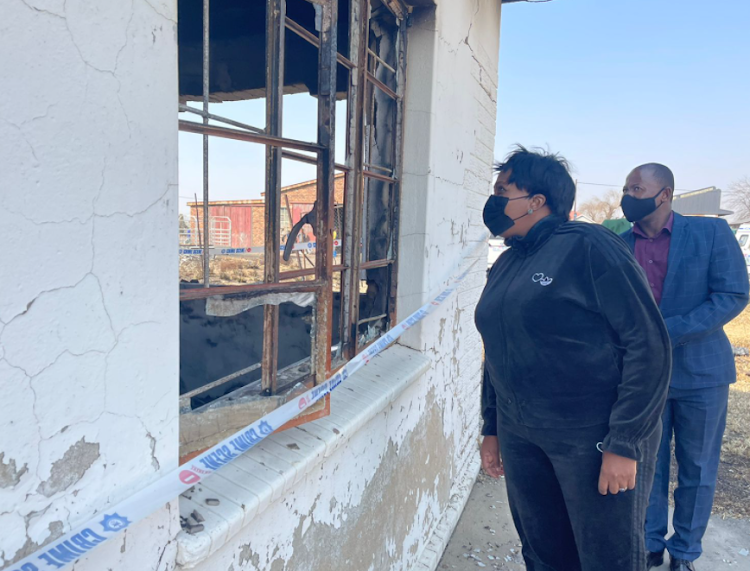 “The gas bottles exploded, leaving two of the children deceased. The third child was admitted in the Elsie Ballot Hospital and is not in a good state at all. I have requested that he be moved to the hospital in Emalahleni for treatment,” Mtsweni-Tsipane said.

She expressed concern about the conditions in which the women and children were living, saying the house was uninhabitable.

“This is an industrial area surrounded by scrap yards and factories. They were living at the back of another house whose owner they said died long ago,” she said.

“All the mothers [and the guardian] are young ladies who are not originally from Mpumalanga. One is from the Eastern Cape and the other two are from KwaZulu-Natal,” she added.

The provincial government was to assist the families with the repatriation of the children’s bodies to their provinces.

Mtsweni-Tsipane described the incident as ‘unfortunate’.

“You can’t leave young children at the age of two unattended. How do you lock them in?” she asked.

A 51-year-old Limpopo father is believed to have committed suicide by setting alight his home using a "highly flammable substance", police said on ...
News
1 year ago

A KwaZulu-Natal granny and her two grandchildren perished in a fire at their home in Nongoma, in the northern part of the province, on Friday night.
News
1 year ago