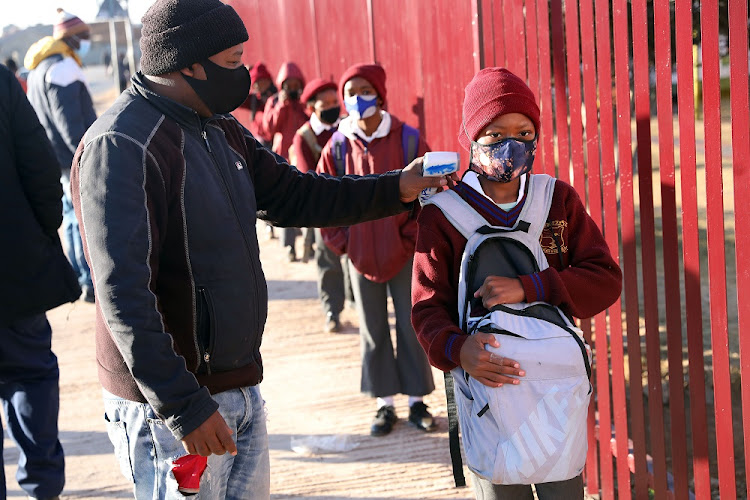 SA’s five teacher unions have written to basic education minister Angie Motshekga to express disappointment about not being consulted on her department’s “decision” to scrap the October school holiday.

In the joint letter dated August 19, the unions said the decisions by the council of education ministers (CEM) and the heads of education departments’ committee (Hedcom) “are regrettably placing us on a possible course of conflict”.

The department said, however, that there was no truth that a final decision had been made.

The CEM comprises Motshekga and the MECs of the nine provincial education departments, while Hedcom is made up of the department’s director-general, Mathanzima Mweli, and nine heads of departments from the provinces.

Schools were supposed to go on a week’s break from October 4 to 8.

The unions said they found out about the department’s decision on social media and that during a meeting with them on August 14, they confirmed a formal decision had already been taken by the CEM and Hedcom.

The basic education department says research shows that between '50% and 75% of a normal year’s worth of learning' was lost during 2020.
News
11 months ago

The unions said in their letter to Motshekga that none of them had received an invitation to comment on the proposed amendment of the school calendar.

“We are aware that Hedcom met on Wednesday to discuss the matter under consideration. In light of the above, the five teacher unions formally enquire with regard to the outcome of the deliberations and/or reconsideration of their earlier resolutions to scrap the October holiday,” the statement read.

Earlier this week, the Governing Body Foundation also rejected the move to cancel the October holiday, saying their members were “outraged by the proposal which shows no understanding of the realities in schools”.

“This proposal clearly indicates the absolute disconnect between the decisionmakers and those at the coalface. When you consider the amount of school time missed due to rotation and other disruptions, five days will make little or no difference to the pupils,” it said.

The foundation said teachers and pupils had already put in longer hours and extra days over weekends to catch up.

“The little gain, if any, that will result if schools forfeit the few days scheduled for school closure will come at too great a cost.”

Education expert Prof Jonathan Jansen also weighed in, describing the department's plans to scrap the October holiday as “a mindless decision coming from bureaucrats in air-conditioned offices who either never taught in real schools or did so decades ago before there was an overcrowded CAPS [Curriculum and Assessment Policy Statement] curriculum”.

Thomas Hlongwane, president of the SA Principals’ Association in Gauteng, told TimesLIVE they also rejected the proposal because the October holiday had already been gazetted in January.

“We go the extra mile, particularly with the grade 12s, and we taught them during the holidays. There was no time lost because they continued attending school regularly,” he said.

The department’s spokesperson Elijah Mhlanga told TimesLIVE on Thursday a decision about the holiday would come in a week or two.

Mweli informed the unions in response to their letter that the allegations that the Hedcom and CEM had made a final decision about the September break are “unfortunately unfounded and devoid of any truth”.

“Indeed, Hedcom met on Wednesday to deliberate and consider a number of factors, including the developments around the pandemic, and had put together recommendations and decisions for CEM to consider which can only be shared with yourselves after they have been presented to the CEM, which should be shortly,” he stated.

Do you think October school holidays should be canned?

A taxi transporting children almost crashed into the front of parliament on Friday morning, killing one pupil and leaving 23 people injured.
News
11 months ago

'Imagine burning your whole high school just because you don't want to write exams,' wrote one user.
News
11 months ago

Treasury urged to relook at R6.3bn education budget cut as KZN is short of 2,000 teachers

There is a shortage of more than 2,000 teachers in KwaZulu-Natal, placing immense pressure on an already strained portfolio, the SA Democratic ...
News
11 months ago