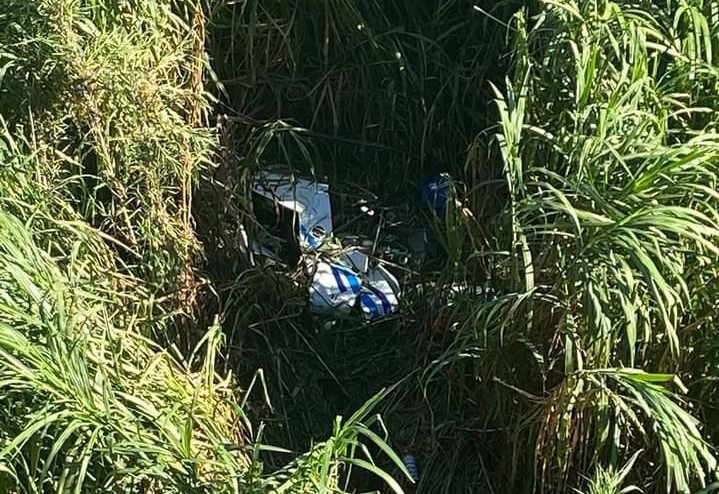 Part of the wreckage of the helicopter that crashed into reeds on the bank of the Umgeni River in Durban on May 3 2021.
Image: Supplied

Investigators probing a helicopter crash into the Umgeni river in Durban say a bird strike was to blame.

Pilot Derek Fitzgerald, 34, and student pilot Richard Morgan, 31, were killed on May 3 when their Robinson R22 plunged into the river near Parlock from about 500ft.

An SA Civil Aviation Authority investigation found feathers and blood on the tail of a plane, and a witness standing at a bus stop said he saw a flock of birds taking off from reeds in the river as the blue and white helicopter approached.

“One of the birds impacted the tail rotor and the tail cone was severed,” said the CAA report. “The helicopter then pitched down and spun out of control in a nose-down attitude with the main rotor flailing, and later crashed.”

The helicopter landed in a sandbank and reeds next to a bridge carrying the N2 over the river, and media reports at the time said vagrants living under the bridge made off with parts of the wreckage.

The crash happened 14 minutes after the Starlite Aviation helicopter took off from Virginia Aerodrome during a training flight for Morgan, a father of four from Hillcrest. 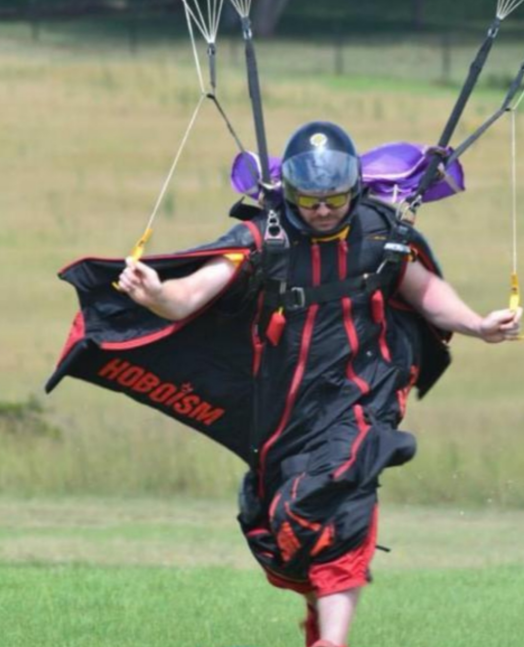 KwaZulu-Natal businessman Richard Morgan was killed in a helicopter crash on May 3 2021.
Image: Supplied

“The duo ... headed south towards the general flying area where they intended to perform confined area operation exercises,” said the accident report.

“The helicopter pitched down and spun out of control, whereafter, it crashed into the reeds on the bank of Umgeni River.

“No fire was reported after the accident. The helicopter was destroyed by impact forces and both occupants were fatally injured.”

A friend of Morgan's family, John-Mark Simmons, told Sunday Times Daily in May that the businessman's wife Amelia and their children, aged between six and 14, were devastated. 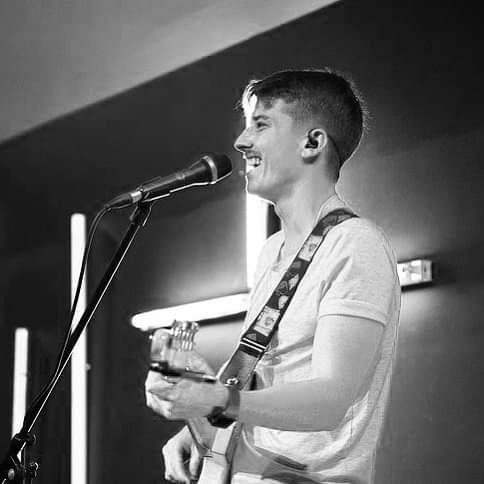 “Richard was a skydiver and he was learning to fly helicopters. He loved it; it was his thing,” said Simmons.

“He had a huge heart. He set up a fully-fledged kitchen for his staff of about 30 and fed them three meals a day. He never wanted anybody to be hungry.”

Simmons described Morgan, who ran engineering firm MorganCoat, as a “creative genius” who was into robotics and virtual reality.

“When Covid-19 came he bought those prefab containers onto site as temporary residences for his staff so they would be in a safe environment.

Ross Rodgers of the Olive Tree Church in Morningside, Durban, said on Facebook he was devastated by Fitzgerald’s death.

“Derek was one of the best young men I have ever met.”

The church said in a post that Fitzgerald served “in a large capacity throughout the years at Olive Tree and meant a great amount to us as a friend”.

Cause for concern as spate of chopper crashes leaves 12 wrecks, eight deaths halfway into the year
News
10 months ago

As Magda Rorich, seriously injured and surrounded by crocodiles, clung to the semisubmerged rotor blade of a helicopter that had plunged into the ...
News
9 months ago

Helicopter pilot Stewart Graham was "living the dream in SA" and had been engaged for only four months when he took off on his final flight.
News
11 months ago

A businessman whose helicopter crashed into the Vaal Dam was able to escape from the wreckage but died after his aircraft sank in 9m of water.
News
11 months ago