Woman trying to buy an illegal firearm held up at gunpoint 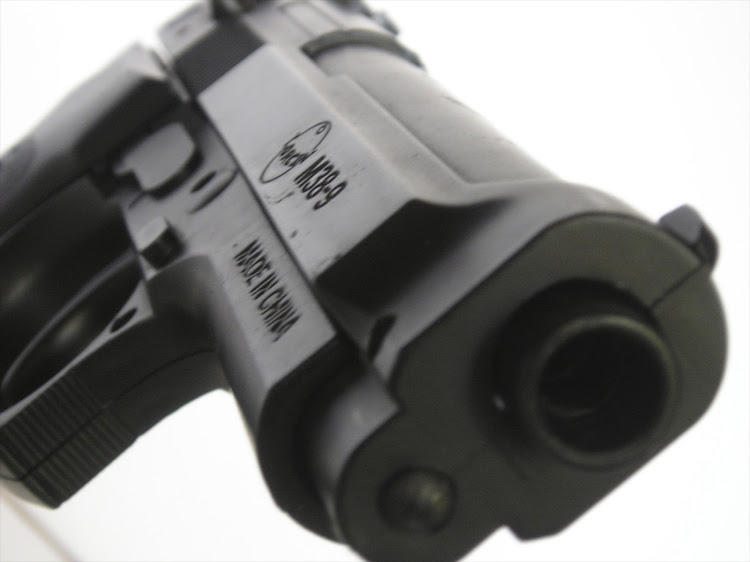 A Free State woman who tried to buy an illegal firearm was sold a toy gun and robbed.
Image: Gallo Images/Thinkstock

Two suspects have been arrested for allegedly robbing a woman who tried to buy an illegal firearm in the Free State.

The men will appear in the Theunissen magistrate’s court on Monday. They face armed robbery, possession of an unlicensed firearm and ammunition and illegal immigration charges.

A Free State police officer has been arrested for allegedly inflating an expenses claim.
News
5 months ago

“After a police chase, two suspects were arrested with a firearm and a toy gun,” said Makhele.

“On August 19, a 42-year-old woman from Theunissen allegedly went to buy an illegal firearm from two suspects. She met with the alleged sellers in Potgieter Street, Theunissen, when she realised that they gave her a toy gun.”

Makhele said one of the suspects allegedly pointed a firearm at the woman and robbed her of her handbag containing R3,000 before fleeing on foot.

“A patriotic male who was driving by saw the robbery and chased the suspects until he managed to get the victim's handbag with R3,000 and gave it back to her,” said Makhele.

“The police were alerted and the suspects were traced. They were arrested and found in possession of a 9mm Girsan with four live ammunitions and a toy gun.”

Authorities have recovered lion teeth and claws from a suspected illegal wildlife trader.
News
5 months ago

The high court has thrown the book at a man who took part in a foiled cash heist at a Cape Town supermarket in 2017.
News
5 months ago