Tussle of the towels: Mbalula and Ndlozi’s ‘meme battle’ has the internet in stitches 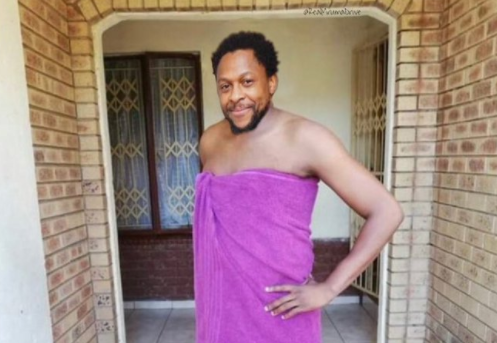 EFF MP Mbuyiseni Ndlozi and transport minister Fikile Mbalula were the talk of social media this week after a user Photoshopped the two men in towels.

It all started when the snap of Mbalula went viral, and was spotted by Ndlozi.

Ndlozi couldn’t help but poke fun at Mbaweezy, sharing the picture and asking what had happened.

Of course it wasn’t long before Ndlozi received the same towel treatment — to the amusement of his rival.

Fans were in stitches about the pics and shared one of the two men together in their towels and a few of them with other politicians in hilarious scenarios.

Here are some of the hilarious reactions:

Y'all out of control now..... pic.twitter.com/j7Nm2CYWTo

I see what you did there. pic.twitter.com/ki5JiYPsss

It all started when one user weighed in on a Sunday Times article about the SIU's report involving suspended health minister Zweli Mkhize.
News
1 year ago

"I slipped in the shower and tried to hold on to the water," wrote one user.
News
1 year ago

Kabelo Dlamini scored a 30th-minute penalty, but it was not enough to earn Bucs a spot in the MTN8 semi-final.
Sport
11 months ago