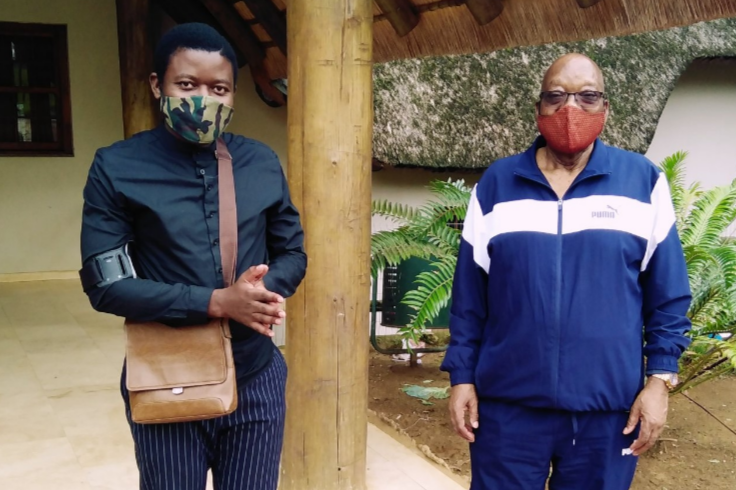 Fees Must Fall (FMF) activist and now alleged riots instigator Bonginkosi Khanyile spoke passionately in the Durban magistrate’s court on Thursday about how he was prepared to die for former president Jacob Zuma.

He was in court accused of being one of those behind last month’s civil unrest.

Khanyile, 31, was arrested in Gauteng on Friday.

The EFF member, who is known as the face of the FMF student-led protests that began in October 2015, faces charges of incitement to commit public violence and two counts of convening a gathering in contravention of the Disaster Management Act.

Khanyile, who is no stranger to the law, has been vocal on social media both before and after unrest gripped parts of Johannesburg and ravaged KZN last month. More than 300 people died in the unrest.

On July 13 he even went as far as to warn President Cyril Ramaphosa about deploying the army.

During a break in court proceedings, Khanyile told journalists on Thursday that the former president should be released.

“So there's no intimidation. Even if we are facing the gallows and sentenced to death, we will sustain it and say that he must be free. So how we are approaching this matter, we are a like a lion in a jungle ... We are very strong. We are not moved by anything because we are innocent.”

"President Zuma must be free, we will say that even if we are facing a death sentence. President Zuma was arrested in a thuggery manner which is against the country's CONSTITUTION" pic.twitter.com/hjcI1MFyZD

On Thursday during the bail application, the state introduced several videos to support their argument to deny Khanyile bail.

KZN acting provincial command for the Hawks submitted an affidavit outlining the evidence against Khanyile and testified about the video evidence.

In one of the videos played in court, Khanyile is allegedly seen addressing a group of people at the Warwick Avenue taxi rank. He is heard encouraging the group that “those who are burning tyres and blocking the roads must continue to do so until Zuma is released”.

EDITORIAL | If NatJoints isn’t taking threats lightly, why aren’t instigators in the dock?

Not bringing to book those behind July’s unrest, which left 337 people dead, smacks of political damage control
Opinion & Analysis
10 months ago

'Court will deal with that': Zuma team fails to submit medical report on time

'We can confirm they missed the deadline to file the medical report, and the court will deal with that,' NPA spokesperson Mthunzi Mhaga said.
News
10 months ago

Former president Jacob Zuma was a no-show on Wednesday for what was apparently meant to have been a planned meeting with #FeesMustFall activist ...
Politics
1 year ago