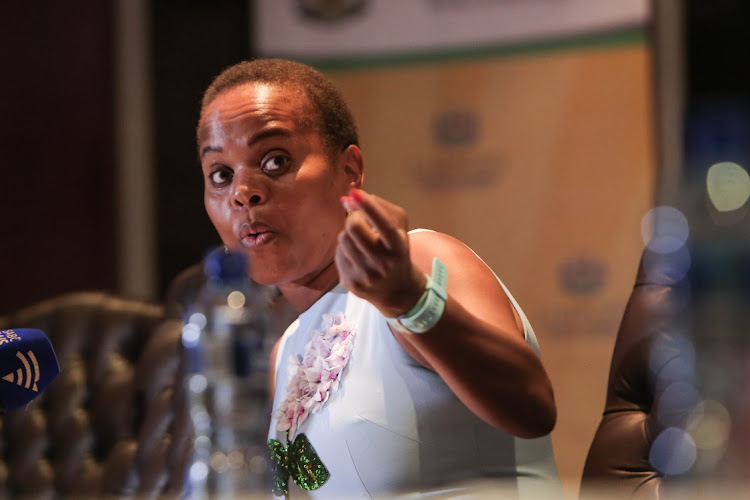 Limpopo department of health's latest campaign slogan to ramp up vaccination among citizens 18 and older has the internet in a mess.

The department on Thursday unveiled the campaign on social media, including the catchy phrase “mjolo (dating) slaps better when protected”.

“No condom, no sex. No vaccine certificate, no dating,” read the post.

The department also urged those who are unvaccinated to make their way to the province's 37 vaccination sites, including the University of Limpopo, University of Venda and other private sites.

The “no vax, no dating” approach comes after poet Lebo Mashile suggested that women normalise withholding sex from partners who refuse to get vaccinated against the virus.

“For our own sake, women need to normalise making 'pum pum' access conditional on getting a vaccine and general Covid-19 regulation adherence,” she tweeted last week.

Lebo Mashile has a suggestion for men reluctant to get vaccine

'No vax = No sex' said Pabi Moloi, adding on to Lebo's thoughts encouraging men to get vaccinated.
TshisaLIVE
5 months ago

Ramathuba told Jacaranda FM her department would support any liquor outlets that wanted to refuse service to unvaccinated customers.

She said though there was no law forcing anyone to get vaccinated, the health department was trying to come up with measures to deal with Covid-19 vaccine hesitancy.

“Our alcohol industry can get on board and indicate that they have a right to refuse to sell alcohol to someone refusing to get vaccinated because we need to balance the rights,” said Ramathuba.

“We know vaccination is not compulsory, but we as public health are saying that we are dealing with a notifiable disease which is responsible for the pandemic, closing our economy and causing havoc.”

She said it was up to the liquor industry to decide whether it accepts the proposals but warned that alcohol could be banned again if a fourth Covid-19 wave hits the country.

“When we get the fourth wave, the first thing we are going to ask the president to do is to ban alcohol,” said Ramathuba.

Would you dump your partner if they refuse to get the Covid-19 jab?

POLL | Should a 'vaccine passport' to buy booze be implemented in SA?

A "vaccine passport" to buy booze could soon become a reality in SA.
News
4 months ago

What you said: No vaccine, no entry at events

No vax, no entry, say many TimesLIVE readers.
News
4 months ago